Virat Kohli expresses gratitude to wife Anushka Sharma ahead of the 100th Test. 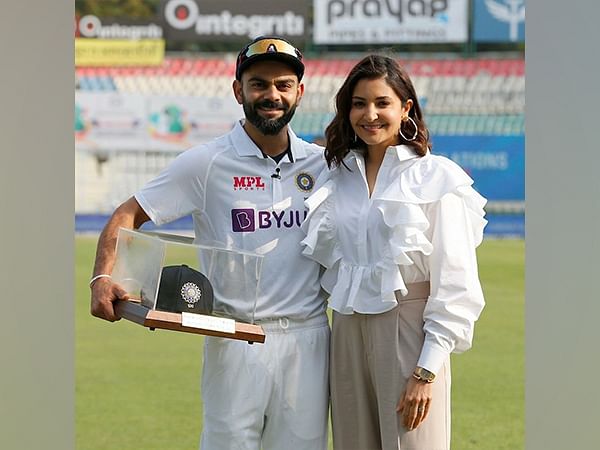 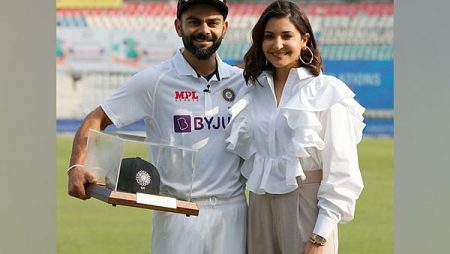 Virat Kohli expresses gratitude to wife Anushka Sharma ahead of the 100th Test. Kohli and Sharma, affectionately known as Virushka, married in 2017 and have a daughter named Vamika.

Former India captain Virat Kohli is currently the center of attention as he prepares to play his 100th Test match. When he takes the field against Sri Lanka on Friday, March 4. The 33-year-old ace batter will become only the 12th Indian cricketer to reach the milestone.

On the eve of the special match, Kohli spoke with bcci.tv about his illustrious cricketing career and things on and off the field. The cricketer talked about his family and coach. He especially thank his actress-producer wife Anushka Sharma for her unwavering support throughout his decade-long international career.

Virat Kohli expresses gratitude: Anushka an absolute pillar of strength for me

“Anushka has been a huge, huge influence in my life. Not just you know, eventually the influence in your life that filters down to your game as well because your game is part of life. I have become a completely changed man for all the right reasons. Evolved in the right way. I am very, very grateful and thankful to God to have a life partner like her. She’s been an absolute pillar of strength for me. I know people say this thing a lot but I truly understood the meaning of that when I started evolving when Anushka came into my life. And vice versa. We have both helped each other grow. I wouldn’t have been able to go on with so much composure and so much passion and zeal if it wasn’t for her in my life,” Virat said.

The power couple married in Italy in December 2017. Also known for their public displays of mutual affection and respect. They are affectionately known as Virushka by their fans. Vamika, their one-year-old daughter, is their only child. Sharma’s first film, ‘Rab Ne Bana Di Jodi,’ came out in 2008, the same year Kohli made his international debut.

Sharma, like the rest of the world, congratulated her husband on the special occasion by reacting to a picture posted by him on Instagram showing him practicing at the nets ahead of the Test match. Anushka, who is currently working on a biopic about female cricketer Jhulan Goswami called ‘Chakda ‘Xpress,’ reacted to Kohli’s post with three red hearts.

Sharma has been on the receiving end of criticism when Kohli has failed on the field, but the duo has fought all criticism together.

2 Replies to “Virat Kohli expresses gratitude to wife Anushka Sharma ahead of the 100th Test.”