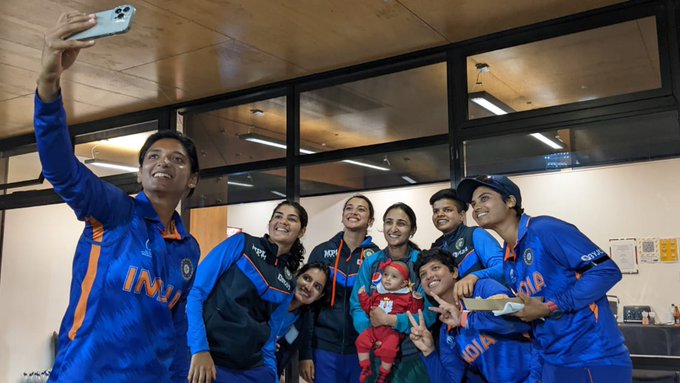 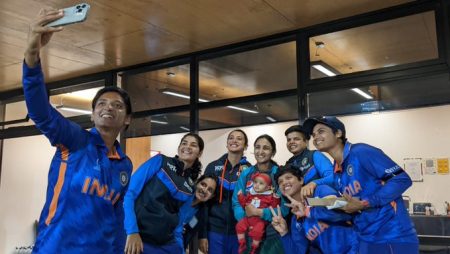 Smriti Mandhana’s Touching Instagram Story In Honor Of Pakistan Captain Bismah Maroof. Following their 107-run victory over archrivals Pakistan in the Women’s World Cup on Sunday. Some Indian players were seen having fun with Maroof’s daughter Fatima. With pictures and videos of them playing with the six-month-old girl going viral.

Smriti Mandhana, India’s opening batter, has praised Pakistan captain Bismah Maroof for setting an example for sportswomen around the world by returning to play six months after giving birth to a child. Following their 107-run victory over archrivals Pakistan in the Women’s World Cup on Sunday, some Indian players were seen having fun with Maroof’s daughter Fatima, with pictures and videos of them playing with the six-month-old girl going viral.

“Coming back post pregnancy in 6 months and playing international cricket is so inspiring. @bismahmaroof setting an example for sportswomen across the globe.” Mandhara wrote in her Instagram story.

“Lots of love to baby Fatima from India and I hope she picks the bat just like you bcoz lefties are special.”

Following the game, the International Cricket Council (ICC) tweeted. Along with a photo “Little Fatima’s first lesson in the spirit of cricket from India and Pakistan. ” Sachin Tendulkar, the legendary Indian cricketer, was quick to respond with his admiration.

“What a lovely moment! Cricket has boundaries on the field, but it breaks them all off the field. Sport unites!” he wrote in a tweet.

Even before the game, photos of Maroof entering the Mount Maunganui stadium with her daughter. Born in August of last year, cradled in her arms, went viral on social media.

That 30-year-old Maroof was able to travel to New Zealand with her daughter – as well as her mother, Fatima’s carer – because the Pakistan Cricket Board’s maternity rule allows the mother “to travel with a support person of her choice to assist in caring for her infant child,” with travel and accommodation costs shared equally between the board and the player.