During the Rawalpindi Test, A Fan Has A Special Message For Virat Kohli 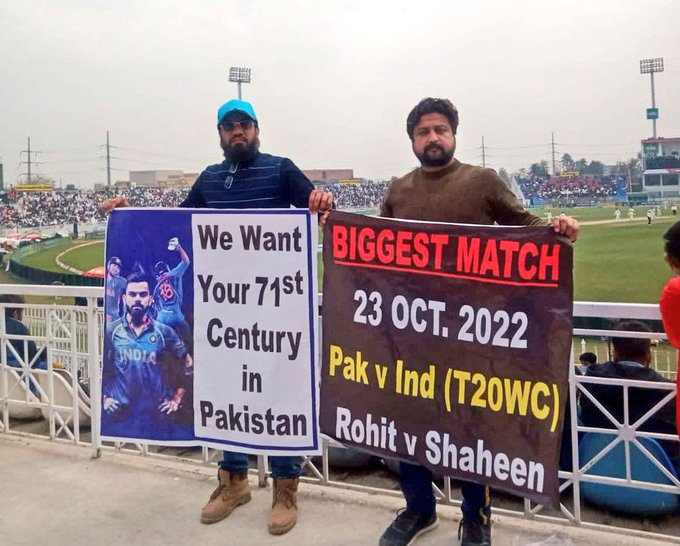 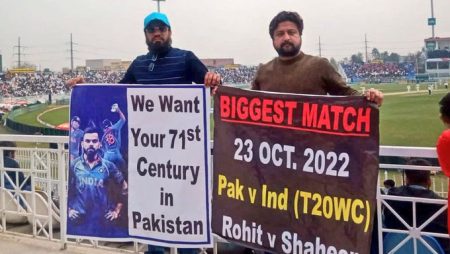 During the Rawalpindi Test, A Fan Has A Special Message For Virat Kohli. Virat Kohli reached a major milestone last week when he played his 100th Test for Team India against Sri Lanka at the IS Bindra Stadium in Mohali.

Virat reached a significant milestone last week when he played his 100th Test for Team IND against SL at the IS Bindra Stadium in Mohali. It was a special moment for the former India captain as he walk out to bat in the first innings. Kohli, who hasn’t scored a century in over two years in any format, was dismiss for 45 by Lasith Embuldeniya.

Kohli’s fans have been waiting for him to hit his 71st century in international cricket.

A fan had a special message for the 33-year-old during the ongoing Test between Pakistan and Australia in Rawalpindi.

The fan is seen holding a poster of Kohli, pleading with him to score his 71st century in Pakistan.

A Fan Has A Special Message For Virat Kohli

“We want your 71st century in Pakistan,” the placard read.

The Rawalpindi Test is set to end in a draw with only one day remaining.

Usman Khawaja and Marnus Labuschagne both miss out on centuries after being dismiss on 97 and 90 respectively.

Earlier, Pakistan had posted a total of 476/4d, thanks to marathon knocks of 185 and 157 by Azhar Ali and Imam-ul-Haq, respectively.

One Reply to “During the Rawalpindi Test, A Fan Has A Special Message For Virat Kohli”