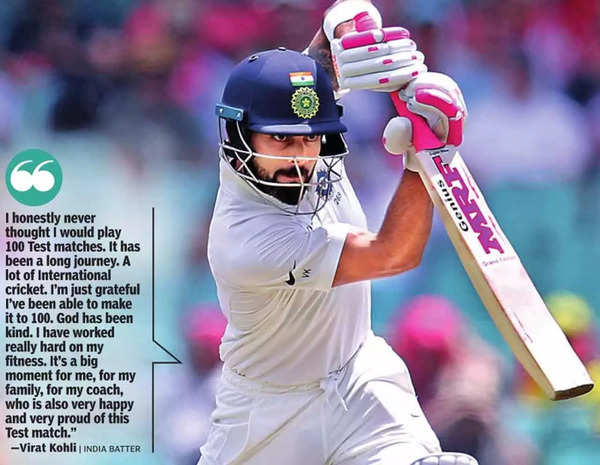 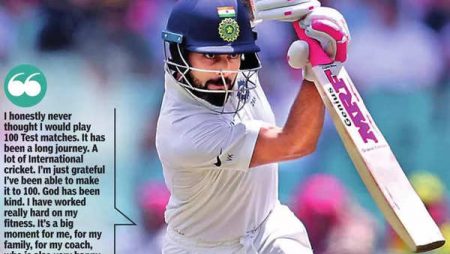 Virat Kohli discusses his journey to 100 Tests. The ace batter stated that he never expected to play 100 Tests in India and that his life story demonstrates that anything is possible.

Kohli is a phenomenon that has occurred in Indian cricket since the post-Sachin Tendulkar era. And the dashing batter is now set to join an elite club of cricketers. Who have played 100 or more Tests for their countries.

Kohli, who is also approaching 8,000 runs in the long format, where he has led India most successfully, spoke to bcci.tv about his illustrious career on the field. He admitted that it is still surreal to him that he is about to play his 100th Test match for India. But he also stated that his career exemplifies the belief that nothing is impossible in life.

In the interview, Kohli said of his journey, “It feels surreal, as I said.” I mean, I never imagined myself playing 100 Test matches for India. That was a time when I told myself that I would do anything now to be able to play for India. Nothing could ever demotivate or distract me any longer. And, yes, I was completely focused on reaching the top. And not just reaching the top; I wanted to play for a long time. But I never imagined I’d be able to play 100 Test matches.

But events unfolded in such a way that you know the journey just kept going. And, yes, if you think about that moment and this moment today, life is unpredictable in many beautiful ways, and I don’t think we should limit life in terms of how many amazing moments you can witness in the future, because you never know what the future holds. So, it’s best not to panic or become demotivated by what might not happen because my career. My life, is proof that anything is possible.”

Kohli also admitted that “there will be butterflies” when he takes the field for his 100th Test match, adding that the butterflies will last until his last game for India. “When those butterflies are gone, you know it’s time,” he concluded.

Also Read: The Ranji Trophy History and how did it get its name?

3 Replies to “Virat Kohli discusses his journey to 100 Tests.”