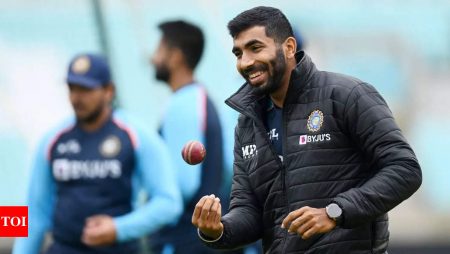 “I was hoping Rishabh Pant would get more chances to be named vice-captain.” He said.

The Indian team is currently in South Africa for a three-match Test series. And they are off to a great start with their first-ever victory in the format in Centurion. The three Tests will be followed by the same number of One-Day Internationals (ODIs). The Indian squad for the ODI series was recently announced. In the absence of the injured Rohit Sharma, KL Rahul was named captain, with Jasprit Bumrah named vice-captain.

Many expected Rishabh Pant and Shreyas Iyer to take on the vice captain’s role. So the Chetan Sharma-led selection panel’s decision came as a surprise. Both of these young men have had some captaincy experience in the IPL. Also have been very impressive in laying the groundwork for the future.

Bumrah’s performances in all three formats. However, have been consistently excellent over the last few years, and he has been rewarded for it.

Saba Karim, a former national selector. Understands the significance of naming a vice-captain. He stated that he did not expect Jasprit Bumrah to be appointed ahead of Rishabh Pant and Shreyas Iyer. He noted Rishabh Pant’s progress behind the stumps in terms of field setting and captaincy tactics, and he believes the youngster will get his chance soon.

“I was taken aback; I had not expected Jasprit Bumrah to be named vice-captain.” I was hoping that Rishabh Pant would be given more chances to be named vice-captain because he is a multi-format player who can play in all three formats. Pant’s captaincy of the Delhi Capitals has been outstanding. “We’re watching how he reads the game; he’s got a lot of game awareness,” Saba Karim told India News.

The former selector, on the other hand, stated that Bumrah is a talented player before pointing out that he has never led a team at any level. “Jasprit Bumrah has the talent; his role is critical for the Indian team; however, he has never captained a team.” As a result, it’s a little surprising. “I had the impression that Rishabh Pant was the first choice for vice-captain.” he added

Meanwhile, Ravichandran Ashwin has returned to the Indian ODI team. After a four-year absence due to recent excellent performances. While Ravindra Jadeja was ruled out due to injury. Venkatesh Iyer and Ruturaj Gaikwad have also been given a chance in the 50-over setup and will be hoping to make it big.