India’s Predicted XI Against South Africa in the 2nd Test 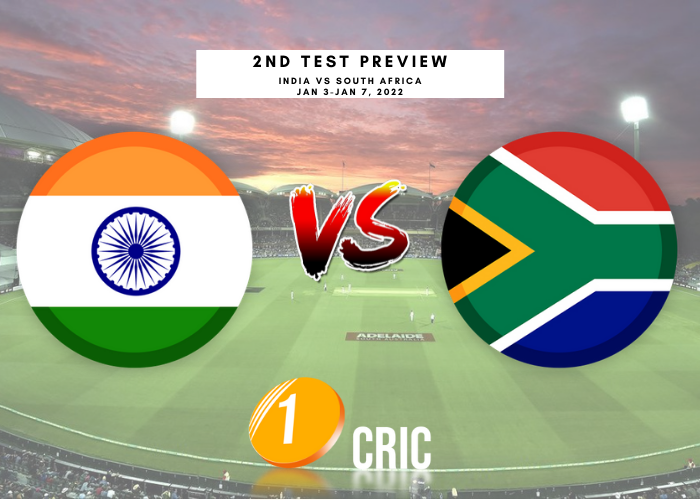 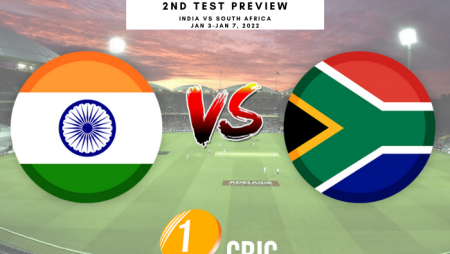 India’s Predicted XI Against South Africa in the 2nd Test.

SA vs IND: The second Test of a three-match series between IND and SA begins on January 3 at Johannesburg’s Wanderers Stadium.

The pacers dominated the first Test, with KL Rahul the standout batter. Scoring a fine 123 in the first innings. Despite outplaying the hosts, India will need to address a few issues in Johannesburg. Including middle-order issues.

The following is our predicted India XI for the second Test against South Africa:

Rahul KL: KL Rahul will be fired up for the second Test after scoring 123 in the first innings. And being named India’s stand-in skipper for the ODI series. In the second Test, he will captain India’s batting line-up.

Mayank Agarwal: His 60 in the first session of Day 1 was probably the best by an Indian opener in South Africa.

Cheteshwar Pujara: Despite failing to produce anything in both innings in Centurion. He isn’t the only batter who has struggled to score runs in the last year or so.

Is there even a discussion? Despite not having scored a century in over two years. Virat Kohli will lead his team with the same zeal and intensity. As India looks to win the series in Johannesburg. He’ll take the field once more, hoping to end his century-long drought.

Ajinkya Rahane: After his 48-ball knock in the first innings, Ajinkya Rahane may have given himself some leeway. He hit some great shots on a difficult course, but he couldn’t keep his focus. However, this may be his last chance to save his Test career.

Hanuma Vihari: Hanuma Vihari could be the replacement for Shardul Thakur in India’s underperforming middle order. Shreyas Iyer is still an option, but Vihari is likely to get the nod due to his seniority and his performance for India A earlier this year in South Africa.

Rishabh Pant (wk): Similar to his knocks against Australia and England. Rishabh Pant once again demonstrated that his explosive batting can turn the tide. Given the circumstances of the game, his run-a-ball 34 in the second inning was critical. His efforts enabled India to declare their innings with a 304-run lead.

Jasprit Bumrah: He made crucial breakthroughs for India in both innings, and he also dismissed South African skipper Dean Elgar twice.

Mohammed Shami: Regardless of the conditions, Shami always gives his all while racing down the tracks. He has been Virat Kohli’s go-to bowler, so he is an automatic selection in the playing XI.

Mohammed Siraj: India would not want to leave someone like Siraj out of their starting XI, especially on fast tracks.