“Love Is In The Air”: Peter Siddle, kisses a teammate during a Big Bash League match. 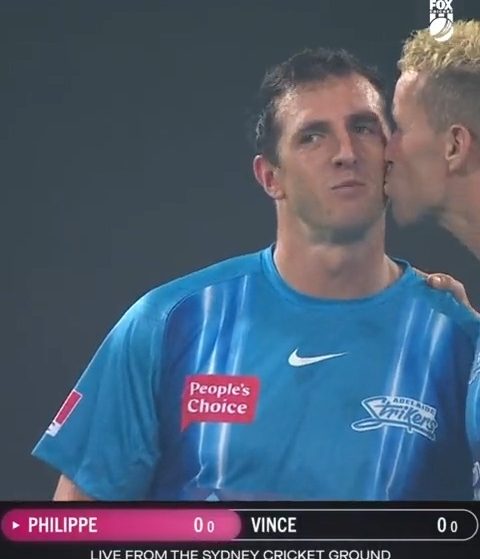 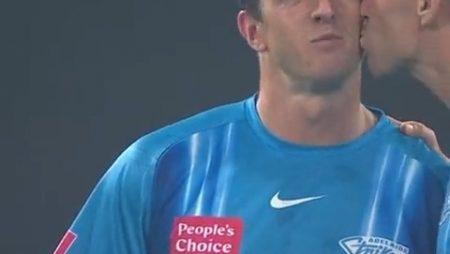 “Love Is In The Air”: Peter Siddle, kisses a teammate during a Big Bash League match.

Big Bash League: During a BBL game in Sydney, the entire stadium saw as Peter Siddle kissed his teammate on the cheek live on television.

Camaraderie among teammates goes a long way toward defining a team’s environment. Players on successful teams have each other’s backs during critical game moments.

During a BBL match between Sydney Sixers and Adelaide Strikers at the SCG on Tuesday.

The incident was captured on camera when Adelaide Strikers’ experienced Australian pacer Peter Siddle kissed colleague pacer Daniel Worrall on the cheek, resulting in large smiles on both their cheeks.

Even the commentators praised the kiss for providing a much-needed moment of comfort amid a stressful T20 match. “Love is in the air at the SCG,” the BBL handle on Instagram captioned the photo.

Also Read: Jofra Archer will be out of the West Indies series after undergoing a second elbow surgery.

Despite the outpouring of love, the Strikers went on to lose by four wickets.

Strikers put up a valiant fight while defending a total of 148 runs, but Jordan Silk’s 36 runs off 24 balls proved too much to handle as Sixers chased down the goal with four balls remaining.

Earlier, Thomas Kelly, batting first, had a fantastic 41-run innings that helped Strikers pass the 140-run barrier. Strikers, on the other hand, fell short by a few runs as Sixers easily surpassed the objective.