India on Top of T20I rankings after a series sweep of West Indies. 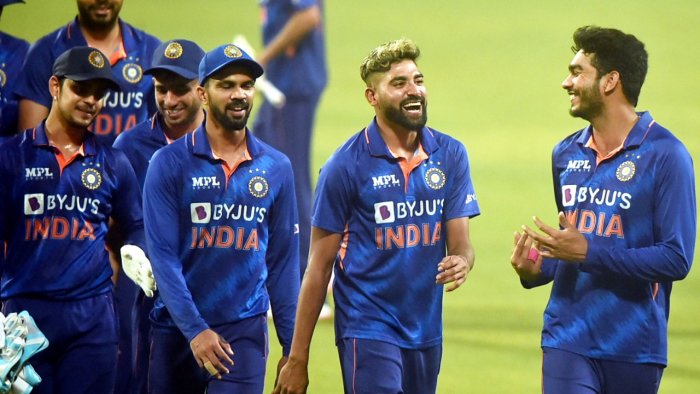 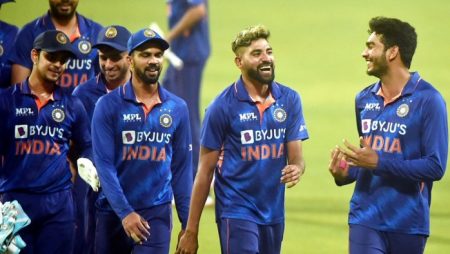 India on Top of T20I rankings after a series sweep of West Indies. With the 3-0 series win over West Indies. India overtook England to claim the top spot in ICC’s T20I team rankings.

Team India became the number one ranked side in the shortest format of the game. After winning the third and final T20I against the West Indies. The victory propelled India past England at the top of the T20I team rankings, with Rohit Sharma’s team now matching the top rating of 269. While both England and India have the same rating (269), India has a total of 10,484 points, which is 10 more than England’s. Pakistan (rating of 266), New Zealand (255), and South Africa (253) round out the top five, with Australia (249) remaining in sixth place following their 4-1 series victory over Sri Lanka.

India on Top of T20I rankings

India won the three-match T20I series 3-0 with a 17-run victory in the third T20I. Previously, the Indian team had defeated the West Indies 3-0 in the ODI series. India will next face Sri Lanka in a three-match Twenty20 International series, which begins on Thursday.

Suryakumar Yadav’s 65-run knock was backed up by a spirited bowling performance as India defeated the West Indies by 17 runs in the third and final Twenty20 International on Sunday at Eden Gardens.

The hosts added 86 runs to the total in the final five overs, pushing the total past 180 runs. Iyer and Suryakumar Yadav put on 91 runs for the fifth wicket.

One Reply to “India on Top of T20I rankings after a series sweep of West Indies.”