Harshal Patel claims that “dampness” made bowling difficult in the third T20I win over West Indies. 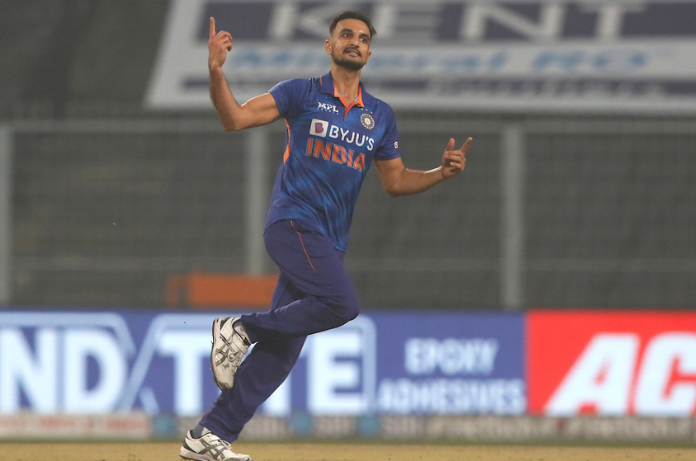 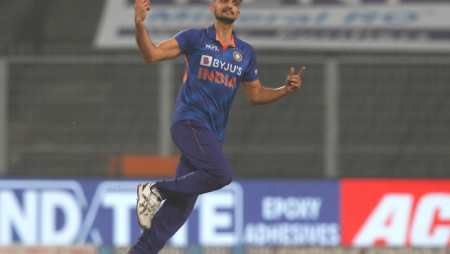 Harshal Patel claims that “dampness” made bowling difficult in the third T20I win over West Indies.

Harshal Patel, India’s pacer, said the dampness in the wicket made it difficult for his team. To hold on to the landing area in the third and final T20I against the West Indies on Sunday at Eden Gardens in Kolkata. Suryakumar Yadav’s 65-run knock was backed up by a strong bowling performance as India defeated the West Indies by 17 runs in the third and final Twenty20 International.

“You must be certain of what you are going to bowl. It is critical to concentrate solely on the next delivery. The weather had caused some dampness in the wicket, making it difficult for us to hold on to the landing area. I don’t believe there was much dew “He continued.

With this victory, India completed a 3-0 sweep of the three-match T20I series. Previously, the Men in Blue had defeated the West Indies 3-0 in the ODI series.

West Indies, chasing 185, got off to the worst possible start, losing opener Kyle Mayers (6) on the fifth ball of the innings, bowled by Deepak Chahar.

Chahar removed Shai Hope (8) in his next over, reducing West Indies to 26/2 in the third over. After powerplay overs, the visitors’ score was 68/2, thanks to Nicholas Pooran and Rovman Powell’s partnership at the crease.

Harshal Patel got the better of Powell in the seventh over to break the 47-run third-wicket stand (25). Venkatesh Iyer then got among the wickets. Taking the prized scalp of skipper Kieron Pollard (5), reducing the Windies to 82/4, still needing 103 runs to win.

Pooran (61) and Romario Shephard (29) gave it their all, but the task proved too much for them, and India won by 17 runs.

6 Replies to “Harshal Patel claims that “dampness” made bowling difficult in the third T20I win over West Indies.”