Due to a hamstring injury, Jess Jonassen will be absent for the duration of the IND-W vs. AUS-W series. 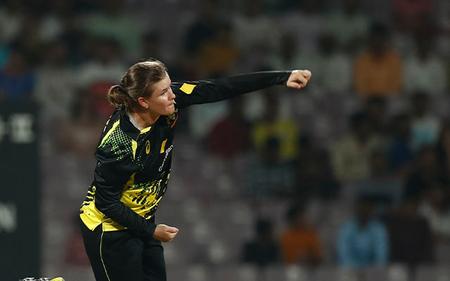 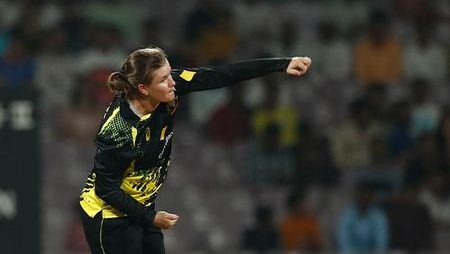 Due to a hamstring injury, Jess Jonassen will be absent for the duration of the IND-W vs. AUS-W series. For the current India series, Amanda-Jade Wellington has been called up to the team.

Due to a right hamstring injury, Australia’s star spinner Jess Jonassen was force. To withdraw from the team before the second T20I match against India. Australia is presently on a five match T20I tour of India. And has a 1-0 series lead thanks to their victory in game one. Jonassen flew back to Brisbane after departing the team on Friday.

Given that Jonassen was one of the Australian team’s most effective players right now. It is unquestionably a significant setback to them. However, the Australians have recalled Amanda-Jade Wellington to fill her spot. For the remaining of the series, which is being play at two venues in Mumbai. She will join the team before the third T20I and be one of the 15 players.

Jonassen is anticipated to return for the Pakistan series in January.

Jonassen suffered the injury at the D.Y. Patil Stadium in Mumbai while fielding during the first T20I’s first innings. The first game, which finished on Friday, December 9, included only two overs from Jonassen. Who had a 9.00 economy rate and gave up 18 runs. The top-order Australian batsmen, however, more than made up for everything with their brilliant performances. As they successfully chased down the 173-run target to win the match by an unbelievable nine wickets.

“She’s since been assessed and it’s evident that the timeframes required for a return during this series are too short. Jess will be unavailable for the remainder of the series and will return to Brisbane to continue her rehab,”

Since the injury is not extremely serious. Jonassen will probably be able to play in the upcoming home series against Pakistan. Which will comprise an ODI and a T20I series, in January. She will be available for the ICC Women’s T20 World Cup 2023. Which is schedule to take place in South Africa in February, thanks to her good rehabilitation and comeback in January.

On Sunday, December 11, at the same site. The second Twenty20 International between the two teams is set to take place.

Read also: Steve Smith has returned to the Sydney Sixers for the next season.