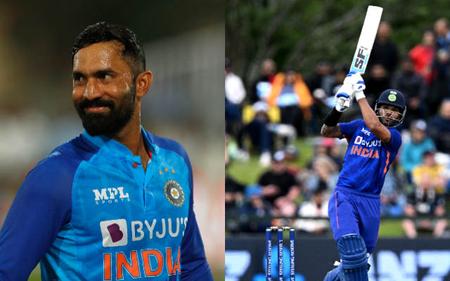 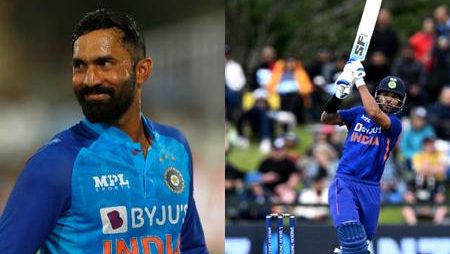 After Ishan Kishan’s record-breaking double ton, Dinesh Karthik made a significant statement. – ‘Could be sad end to Shikhar Dhawan’s glorious career’. Throughout the three match ODI series against Bangladesh, Shikhar Dhawan has had a spate of subpar performances.

Veteran Indian cricketer Dinesh Karthik has made a significant statement on Shikhar Dhawan’s position in the national team’s ODI lineup. Ishan Kishan, a left-hander, stunned Bangladesh in the third and final ODI match by scoring a record-breaking 210 runs off 131 deliveries.

Ishan had been competing with other players for a single slot in the national team, and this defeat has all but guaranteed him that spot. Due to the fierce rivalry, some players can miss out on chances to start the innings as a result. Prior to the Sri Lanka series, Dinesh Karthik stated that “someone” will need to be cut from the roster, and he thinks Dhawan may be that person.

“For Sri Lanka series, where does (Shikhar) Dhawan stand? It is going to be interesting to see how they are going to leave out Ishan Kishan. Shubman Gill has been doing so well. If Rohit Sharma is available, somebody has to miss out. It could well be him (Dhawan). That could be a sad end to a glorious career. But some questions to answer for the new selectors,”

Read also: Ramiz Raja criticizes the BCCI once more for holding the Asia Cup. – ‘We’ve survived without India now for a good number of years’

Ishan Kishan has seized the chance to represent the team with both hands, despite not having many opportunities, the seasoned right hander said.

“Interestingly, if Shubman Gill had been part of the squad, he would have probably opened because he has been doing it for some time with aplomb. Ishan Kishan, given an opportunity, has taken it with both hands. This is going to put Shikhar Dhawan in a fix,”

“It’s very nice to see someone coming out and being honest with the fact that, ‘you know what, I could have got a 300 if I had batted, but it didn’t happen’. Also shows his hunger. He has been walking that thin line with a few of the keepers being part of it and hence not getting that opportunity. Now, he has pushed that door and said, ‘I am ready. Are you going to look at me?’,”

Read also:Henderson chooses to resign as CA Chief, and Baird will take over the next year.