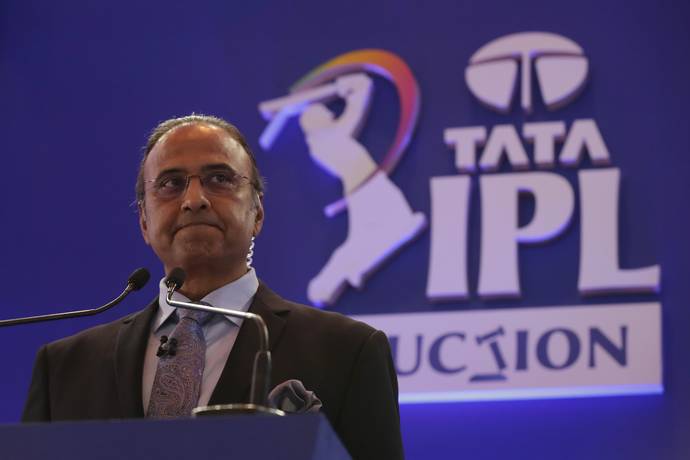 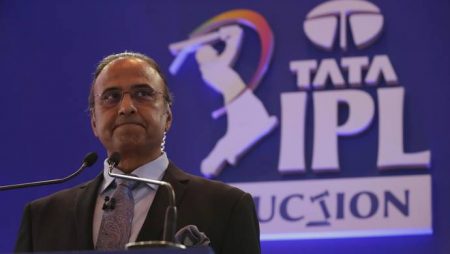 Charu Sharma Explains His Last-Minute Bid to Replace Hugh Edmeades in the IPL Auction. Charu Sharma, a veteran sports presenter. Was force to take over auctioneering duties at the IPL 2022 mega auction in Bengaluru on Saturday. After designated auctioneer Hugh Edmeades collapsed in the middle of the event.

After designated auctioneer Hugh Edmeades collapsed mid-event, veteran sports presenter Charu Sharma was force to take over auctioneering duties at the Indian Premier League 2022 (IPL 2022) mega auction in Bengaluru on Saturday. Sharma oversaw the auction for the rest of the day before returning to work on Sunday for the auction’s second and final day. Charu revealed that he had to rush from his hotel to the auction in “just 15-20 minutes” to replace Edmeades. Sharma stated that he received a phone call from Brijesh Patel, the chairman of the IPL governing council, before making a quick dash to the venue.

Also Read: Hugh Edmeades the auctioneer for the 2022 IPL Auction, falls on stage.

“I’m not too far away from the hotel. So Brijesh called me and told me to “just put on some clothes and run”… I arrived in about 15-20 minutes. They brief me briefly, and then we were off “Sharma stated to Sportstar.

“They promised to call me and inform me as soon as possible. I’m waiting for their call to see if I need to come in today “He continued.

Despite the force mid-event replacement, he reveal that there were few complications.

“I don’t believe the system that was set up for the auction had too many complications. The auction itself has a pattern, and everything else is pre-plan. It is not difficult once you have a structure in place. But, yes, certain butterflies in the stomach are still expected, but given that I have done commentary for the past 40 years, if I still have butterflies in my stomach, when will they ever go away?” Sharma expanded.

Meanwhile, Edmeades provided an update on his health on Sunday, stating that he is “absolutely fine.”

“I’m sorry I won’t be able to meet with you in person today. As you can see, I’m fine, but I wasn’t going to be able to give my all today, which would be unfair to the BCCI, the IPL, the bidders, and, most importantly, the players. I just wanted to thank everyone who has sent me well wishes from all over the world “Hugh Edmeades stated in a BCCI-posted video.