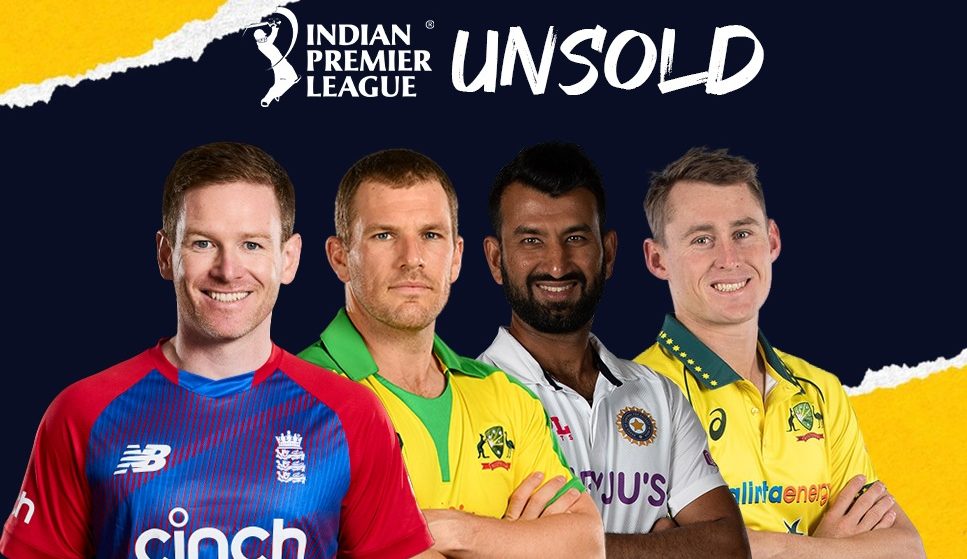 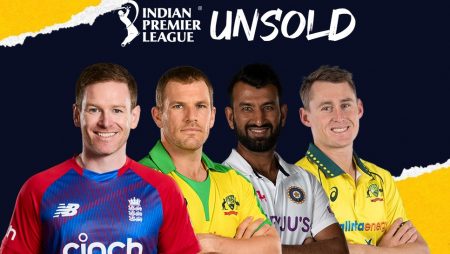 The IPL auction 2022 saw some heated bidding as teams attempted to assemble their respective squads as best they could. Some of the biggest names were auction off, with a few surprises thrown in for good measure. Ishan Kishan was the most expensive purchase of the IPL 2022 auction, with the Mumbai Indians paying a whopping Rs 15.25 crore for the wicketkeeper-batter. The ten franchises sold a total of 204 players and spent Rs 551.70 crore. However, there were a few big names who did not find takers in the IPL auction.\

Also Read: ‘Some guys might get lucky and win the life-changing auction.’ Dean Elgar

We take a look at the big names who went unsold in the IPL 2022 auction:

The left-hander is rank fourth all-time in the IPL’s run-scoring list. He has appeared in 205 games and scored 5,528 runs at a strike rate of 32.51. Raina is only one run behind Virat Kohli, Shikhar Dhawan, and Rohit Sharma in the run-getters list, and he has a higher average than Rohit Sharma, as well as a higher strike rate than all three players above him.

Suresh at 35 years old, appears to be in good shape, but his base price of Rs 2 crore may have frightened some of the teams. Raina also struggled mightily in the 2021 season, scoring only 160 runs in 12 matches at a paltry 17.77 average.

Surprisingly, the Australian run-machine found no takers in the IPL auction 2022. In 2021, he competed in a mixed tournament for the Delhi Capitals. Smith scored 152 runs in eight matches, averaging 25.33 and striking out 112.59.

His overall experience could have been beneficial to some of the teams, but no one chose to take a chance on him.

The volatile Bangladesh star leads the ICC’s ODI all-rounder rankings and is second in the ICC’s T20I rankings. Despite his prowess with both the bat and the ball, no team bid for Shakib.

His poor performance in the IPL 2021 may have worked against him. Shakib scored only 47 runs in eight matches for KKR and took only four wickets.

The England leggie has shown great control over the years and is currently one of the top bowlers in the game’s shortest format. Adil Rashid is ranked third in the ICC’s T20I player rankings, but that fact went unnotice by the franchises, who chose to ignore him.

The veteran South African spinner is now 42 years old, and his starting bid of Rs 2 crore may have been the reason he failed to find a buyer in the auction. Even last year, Tahir was only given the opportunity to play one match for the Chennai Super Kings, in which he took two wickets at an economy rate of four.

The Australian white-ball captain has shown flashes of talent in the IPL but has yet to consistently perform well. Finch had done well for RCB in 2020, scoring 268 runs in 12 games, but he was release ahead of the IPL 2021 auction, where he went unsold.

According to the ICC rankings, the Englishman was the top batter in T20Is but has steadily fallen down the pecking order in recent times. He is currently ranked fifth in the ICC’s T20I rankings and has recently fallen short of his lofty expectations.

He joined Punjab Kings last season amid much fanfare, but only got to play one game, scoring 26 runs.

The England white-ball skipper had led the Kolkata Knight Riders to the final in IPL 2021, where they lost to Chennai Super Kings. Despite KKR’s superlative run to the final, Morgan himself had a torrid time with the bat.

The left-hander scored just 133 runs in 17 matches at an average of 11.08. His struggles in 2021 probably went a long way in teams deciding against purchasing him despite his obvious leadership skills.

Lynn, one of Australia’s most lethal hitters, has failed to replicate his BBL exploits in the IPL. He was signed by the Mumbai Indians for a base price of Rs 2 crore ahead of the IPL 2021 season, but he only played one match.

He did, however, stand out in that regard, scoring 49 runs at a strike rate of 140. Surely, one of the teams could have taken a chance and acquired an explosive top-order batter, but that was not to be for the Australian.

In the one-day internationals against India, the South African spinner demonstrated his abilities. Shamsi is the second-ranked bowler in the T20I format, but despite his credentials, teams have shown shockingly little interest in him.

Shamsi would have been a steal at 1 crore.

Also Visit: Yash Dhull’s Reaction To Being Selected By The Delhi Capitals In The IPL Auction