Bangladesh squad for the T20I series against Afghanistan, with Shakib and Mushfiqur returning. 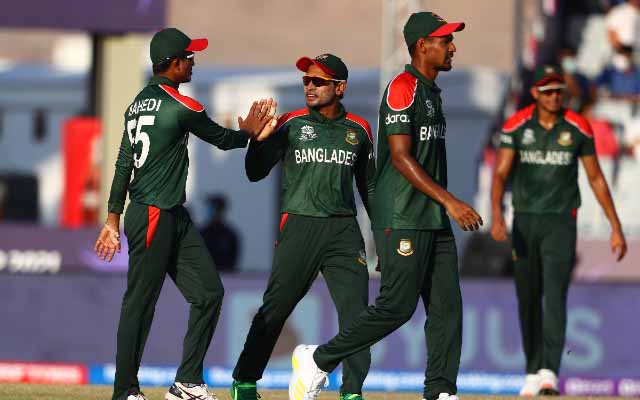 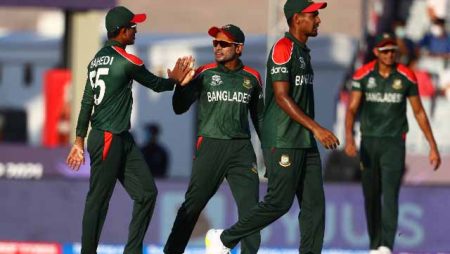 Bangladesh squad for the T20I series against Afghanistan, with Shakib and Mushfiqur returning. In a limited-overs series, Bangladesh will host Afghanistan.

Afghanistan will visit Bangladesh for a limited-overs bilateral series beginning February 23. The hosts have named their squad for the upcoming series. And have recalled veteran all-rounder Shakib Al Hasan for the two-match T20I series. Shakib is force to miss Pakistan’s T20Is due to an injury. Meanwhile, the three-time Asia Cup finalists have decided to include an uncapped player. In their 14-man squad for the shortest format, Munim Shahriar.

Following an impressive performance in the recently concluded BPL 2022. Shahriar will look to capitalize on his opportunities to play alongside Shakib Al Hasan, Mushfiqur Rahim, and Liton Kumar Das. In BPL 2022, the Mymensingh cricketer amassed 178 runs in six matches at a strike rate of 152 for Fortune Barishal, who finished as runners-up after losing by one run to Comilla Victorians.

Also Read: Mark Waugh says of a player who could pose a threat to David Warner in Pakistan.

We’ve been keeping an eye on Munim for quite some time: The BCB’s chief selector

“We’ve been keeping an eye on Munim for quite some time. We have previously kept him in the High-Performance Unit. And now we want to see how he performs at the international level,’ BCB chief selector Minhajul Abedin was quote as saying by Cricbuzz. Prior to the T20Is, the two teams will square off in a three-match ODI series beginning on February 23.

Both teams will be hoping to make the most of their opportunities in the upcoming series. Particularly in the shortest format, with an eye on the Asia Cup T20 and the ICC T20 World Cup 2022 later this year. While Bangladesh has home advantage, the Afghans should not be underestimated because they have a plethora of quality players on their team who can be match-winners on their day.

Also Visit: “You Have Been A Legendary Captain,” Yuvraj Singh Writes a letter to Virat

4 Replies to “Bangladesh squad for the T20I series against Afghanistan, with Shakib and Mushfiqur returning.”