After 24 years, the Pakistan Cricket Board welcomes the Pat Cummins-led Australian team to Pakistan. 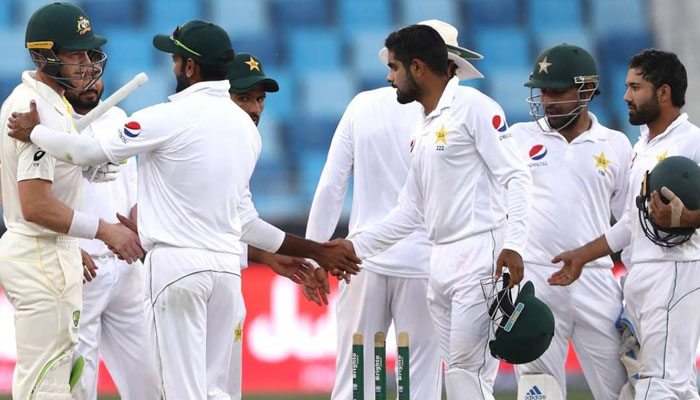 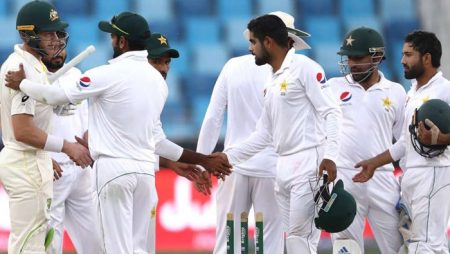 After 24 years, the Pakistan Cricket Board welcomes the Pat Cummins-led Australian team to Pakistan. The wait is finally over, as Australia’s cricket team arrived in Islamabad on Sunday ahead of their first tour of Pakistan in 24 years.

The wait is finally over, as Australia’s cricket team arrived in Islamabad on Sunday. Ahead of their first tour to Pakistan in 24 years. The Pakistan Cricket Board (PCB) took to social media to welcome the visiting team, led by Test captain Pat Cummins, on this historic occasion. Australia last visited Pakistan in 1998, where it won the three-match Test series 1-0. “Hello, @patcummins30. It’s great to have you and the Australian contingent here “On Twitter, PCB captioned a photo of Cummins.

Also Visit: The IPL 2022 League Phase will be held in four locations in Mumbai and Pune, with the final on May 29.

Several members of Australia’s 18-man squad, including Islamabad-born batter Usman Khawaja, took to social media to express their excitement about the historic tour.

“Nearly 4,000 police and military personnel will be guarding the team hotel in Islamabad and the cricket stadium in Rawalpindi,” according to cricket.com.au.

The upcoming tour will be Cummins’ first since taking over as Australia’s Test captain.

Under his leadership, Australia thrashed England 4-0 in the Ashes earlier this year on home ground.

The tour will begin with a three-match Test series and conclude with a one-off T20 in Rawalpindi.

While Rawalpindi will host the first Test of the series from March 4-8, Karachi and Lahore will host the second and third Tests, respectively.

Between the Tests and the single T20I, both teams will play three One-Day Internationals (ODIs) in Rawalpindi.

Also Read: Confusion Over the Warm-Up Fixture Between IND and SA

4 Replies to “After 24 years, the Pakistan Cricket Board welcomes the Pat Cummins-led Australian team to Pakistan.”