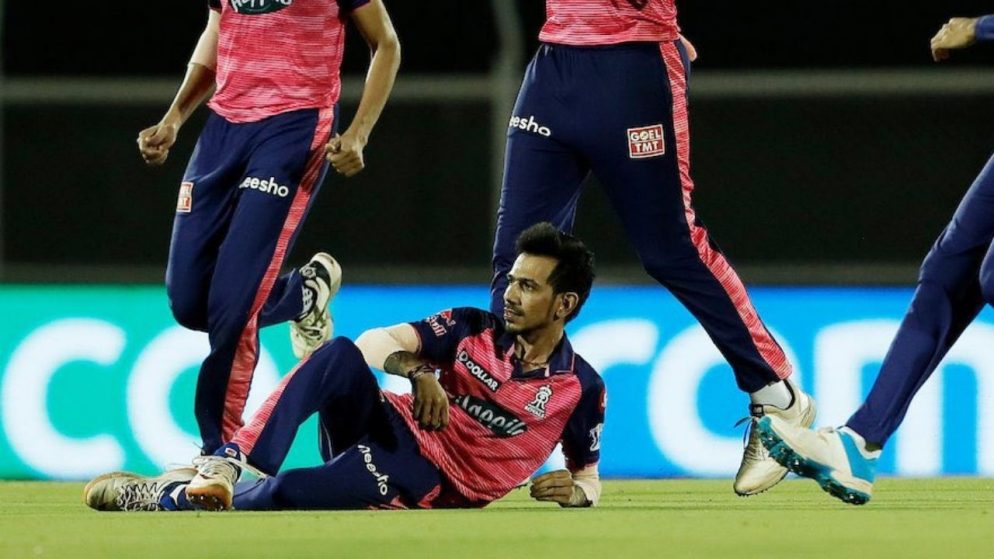 Yuzvendra Chahal of the Rajasthan Royals is a season campaigner in the Indian Premier League (IPL). He demonstrate why he is among the best in the business on Monday. With a match-winning spell in a high-scoring thriller against Kolkata Knight Riders. Chahal bowled a hat-trick in the 17th over to turn the tide completely in Rajasthan Royals’ favor, finishing with figures of 5/40. The hat-trick saw him dismiss Shreyas Iyer, who was on 85 at the time, and Pat Cummins. Who recently hit the joint-fastest IPL half-century, making it even more incredible in the context of the game, as KKR fell just seven runs short of the 218-run target.

Chahal’s spell was so effective that he was named player of the match ahead of Jos Buttler. Who scored his second century of the season.

It was also his best performance in an IPL match.

Chahal has now taken 17 wickets in six matches this season, putting him in first place in the race for the Purple Cap.

Buttler hit 103 off 61 deliveries to set up the Rajasthan Royals’ mammoth total of 217/5. It was the highest score of the season so far.

Shreyas Iyer’s 51-ball 85 kept them going, but Chahal’s four-wicket over. Which included his hat-trick, put an end to their chase.

He had Venkatesh Iyer stumped off his first delivery in the 17th over, before Sheldon Jackson played him for a dot and then took a single. The leg-spinner then trapped Shreyas Iyer in front with a wide.

Shivam Mavi was given the order in the hopes of getting some quick boundaries, but he holed out after getting a top edge off his first delivery.

Pat Cummins entered the fray, and he, too, went for a golden duck, being caught behind as Chahal completed his hat-trick and a well-deserved five-wicket haul.

Umesh Yadav’s knock of 21 off 9 kept them in contention, leaving them 11 runs away from victory with the final over remaining.

Obed McCoy, on the other hand, dismissed Sheldon Jackson and Umesh to seal the match for the Royals.