Yusuf Pathan and Irfan Pathan appear as specialists together in the first T20I. 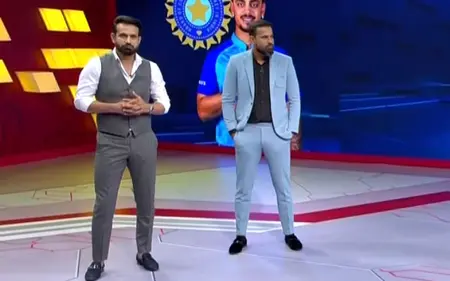 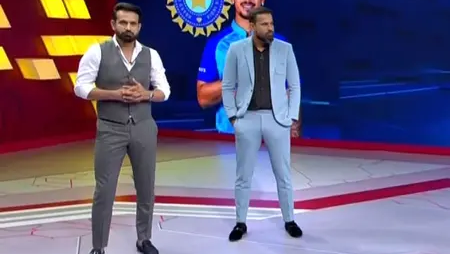 Yusuf Pathan and Irfan Pathan appear as specialists together in the first T20I. For the first T20I between India and Sri Lanka, the Pathan brothers joined Star Sports’ expert panel.

The Pathan brothers batted together during India’s game against Sri Lanka in Colombo in 2009, which many Indian fans remember fondly. They helped India win the T20I by three wickets in the last over with only four balls remaining while pursuing a 172-run mark, and Yusuf Pathan named Player of the Match for his heroics with both the bat and the ball.

Almost 14 years later, the two brothers are watching an India vs. Sri Lanka match as specialists in the game. The combo has had some remarkable performances versus the Islanders, with some of their best coming against Sri Lanka. As a result, participating on the expert panel together is undoubtedly a meaningful occasion for them.

Also Visit: Cameron Green suspended from bowling in the IPL 2023 until April 13th

In terms of the current game, Sri Lanka won the toss and chose to bowl first. Ishan Kishan got India off to a great start, but Sri Lanka struck first by removing debutant Shubman Gill early. Suryakumar Yadav and Sanju Samson, who were both in good form, were also despatched cheaply.

Although skipper Hardik Pandya batted well, India achieved a manageable total because to the heroics of Deepak Hooda and Axar Patel. The two all-rounders wrecked havoc on the field with a stunning 68-run partnership in 36 deliveries for the sixth wicket. India reached 162/5 in the first innings thanks to Hooda’s unbroken 23-ball 41* and Patel’s unbeaten 20-ball 31.

India was suffering at 94/5 following Pandya’s wicket at the start of the 15th over, but the two all-rounders stepped up and put India in contention to win the first game.