“Would Like To Contribute More To The Team With The Bat,” Says Rishabh Pant Following South Africa Series 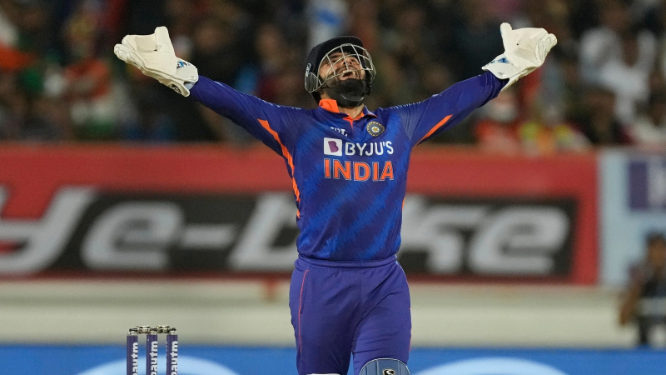 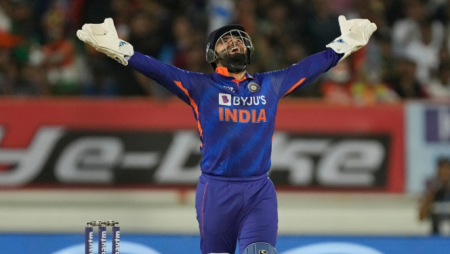 Following the cancellation of the fifth and final Twenty20 International against South Africa due to rain. India skipper Rishabh Pant state that he is looking forward to contributing more with the bat in the upcoming Test match against England. With the match called off, the series remains tied at 2-2 and will be shared by both teams.

“There are numerous advantages. The way the team showed character from a 2-0 deficit was a huge plus. We’re in a good spot because we’re figuring out new ways to win the game. As a player and captain, all I can think about is giving my all. It is up to you to judge how I am doing as a player and captain; all I can do is give my all every time I step onto the field and strive to improve “Pant said after the game was called off.

“It’s the first time I’ve lost so many tosses, but it’s out of my hands. We will be eager to win the Test in England, and from a personal standpoint, I am eager to contribute more to the team with the bat “He continued.

Team India and England will face off in the fifth Test

On July 1, Team India and England will face off in the fifth Test, which was previously postponed due to COVID-19. Following that, both teams will play three One-Day Internationals (ODIs) and three Twenty-Twenty-Innings (T20Is).

Notably, India defeated the Proteas by 82 runs in the fourth match of the series to level the series. When India batted first, they posted 169/6 in 20 overs, largely thanks to the efforts of Dinesh Karthik (55) and vice-captain Hardik Pandya (46). In response, SA was bundled out for only 87. Avesh Khan was the ball’s star for Men in Blue, taking 4/18.

India will now face Ireland in a two-match T20I series in Dublin on June 26 and June 28.