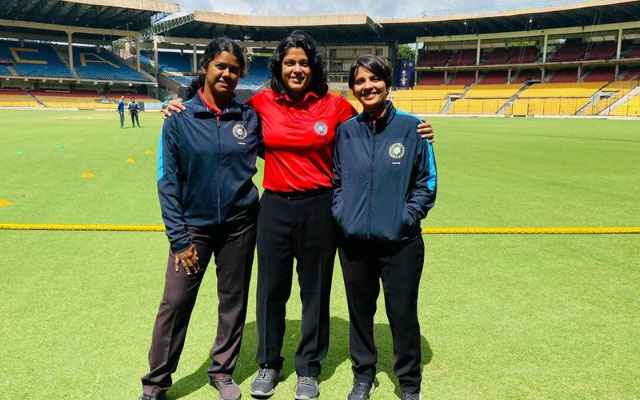 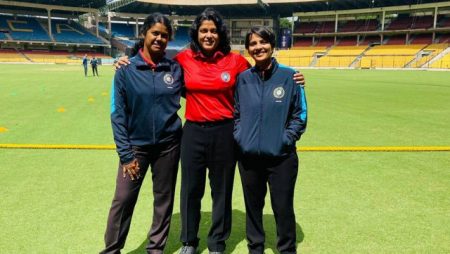 Women umpires will be introduced in the second round of the Ranji Trophy in 2022-23. Rathi and Venugopalan are from Mumbai and Delhi, respectively, while Narayanan is from Tamil Nadu.

According to reports, the Board of Control for Cricket in India. Plans to include female umpires in the 2017 Ranji Trophy. According to sources, three applicants have shortlist for the position: Vrindha Rathi, Janani Narayanan, and Gayathri Venugopalan.

Women umpires will be able to work Ranji Trophy games in the future: BCCI

“From now on, women umpires will be able to work Ranji Trophy games.” This is only the beginning. The BCCI has decided to give them a chance in men’s cricket as well,” a BCCI official told The Indian Express.

According to the source, Vrinda Rathi and Janani Narayanan have some umpiring experience in men’s cricket contests, having officiated in under-23 boys’ CK Nayudu Trophy matches.

All three women’s match officials made history by becoming the first female umpires to preside in senior men’s events. Rathi and Venugopalan are both from Mumbai and Delhi, respectively, while Narayanan is from Tamil Nadu. She had previously worked as a software developer.

The Ranji Trophy 2022-2023 season is set to begin on December 13 and end on February 20, 2023. The reigning champions are Madhya Pradesh. They defeated Mumbai, the 41-time champions, earlier this year to win their first Ranji Trophy.

Moreover the 88th season of the Ranji Trophy will feature 38 teams competing for the most coveted trophy in Indian domestic cricket. Suryakumar Yadav, India’s newest middle-order hero, has already indicated that he will be available for Mumbai’s second game against Hyderabad on December 20.