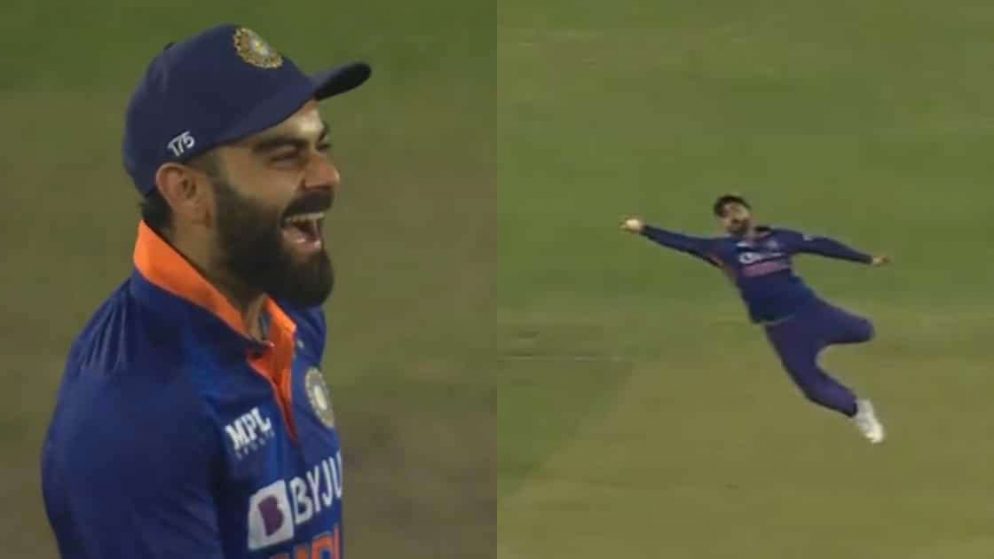 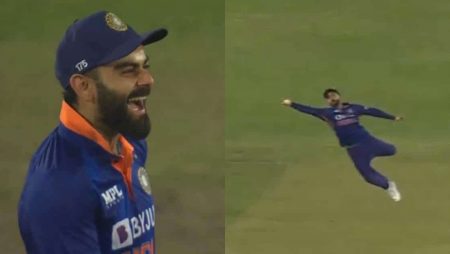 Virat Kohli, who made his comeback to the Indian side with the ODI series against Bangladesh, didn’t do well as a batsman. But what he performed in the field cemented his place as one of the game’s best fielders. Kohli took a superb one-handed catch off the bowling of Shakib Al Hasan, sending the Bangladesh all-rounder packing. The video of Virat’s amazing has already gone viral on social media, with supporters lavishing adulation on India’s poster boy.

After skipping the T20 World Cup 2022 tour in New Zealand, Kohli returned to the team for the first ODI against Bangladesh on Sunday. Team India struggled with the bat in the first game of the series, being bowled out for 186 runs.

KL Rahul was India’s leading batsman, with 73 runs off 70 balls. Skipper Rohit Sharma scored 27 runs off 31 balls, while Kohli was removed for 9 runs off 15 deliveries.

Kohli made amends in the field, however, with an incredible catch that sent the well-set Shakib Al Hasan packing. The video is below:

With the exception of KL Rahul, none of the Indian hitters scored more than 30 runs in the match. Shakib was the Bangla Tigers’ wrecker-in-chief, taking 5 wickets for 36 runs in his quota of 10 overs.

The Indian squad was dominant with the ball versus Bangladesh. Mohammed Siraj, Washington Sundar, Shardul Thakur, and Deepak Chahar all took wickets as India restricted Bangladesh’s scoring while defending a low total.

Also Read: The T10 Sports League Chairman said – MS Dhoni has lot of influence on T10, we will approach him to participate in the tournament