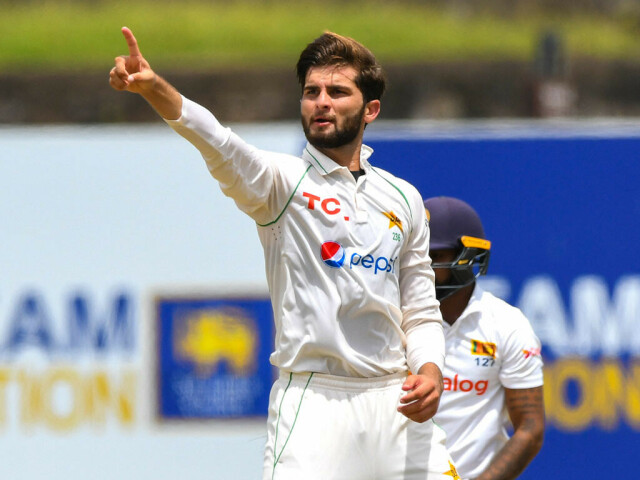 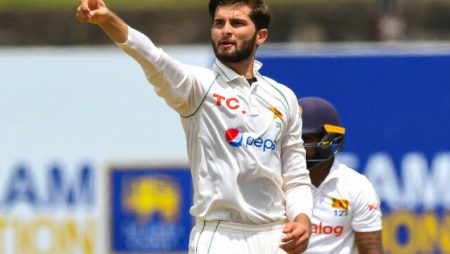 Pakistan pace bowler Shaheen Shah Afridi will miss the second Test against Sri Lanka. Due to a knee injury the team announced Thursday. Shaheen, a left-arm quick, was instrumental in the tourists’ opening win in Galle on Wednesday. Taking four wickets in the first innings. ” Shaheen Afridi will miss the second Test in Galle beginning July 24. Due to a knee injury sustained on the fourth day of the first Test.” The team statement.

According to the release, he will remain with the Test team in Sri Lanka, where his initial rehabilitation and management will continue under the supervision of the team’s medical staff.

The 22-year-old Shaheen, who has 99 wickets in 25 Tests since making his debut in 2018, led the Pakistan pace attack, which included Hasan Ali and Naseem Shah, in a tense fifth day.

Opener Abdullah Shafique hit an unbeaten 160 to lead Pakistan to a record chase of 342 at the Galle International Stadium, giving them a 1-0 lead in the two-match series.