Why GT Star Shubman Gill Become Upset At PBKS Bowler After Run Out? 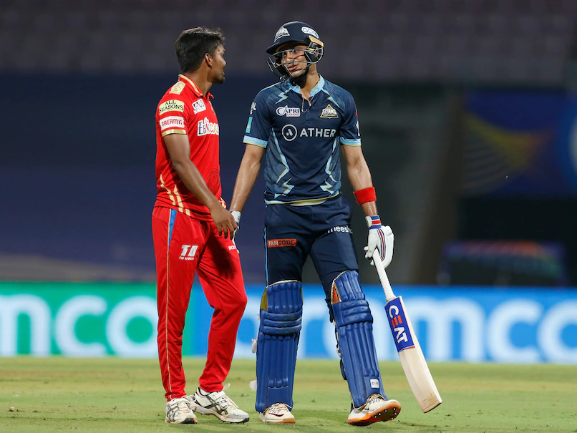 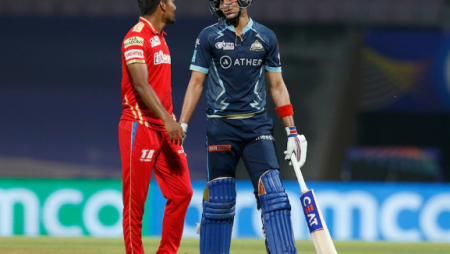 Why GT Star Shubman Gill Become Upset At PBKS Bowler After Run Out? Gill seen having a word with Sandeep Sharma as he walked off after being dismissed for 9 runs in the GT vs PBKS match.

Shubman Gill run out early in Gujarat Titans‘ loss to Punjab Kings at the DY Patil Stadium on Tuesday. Courtesy of a brilliant direct hit by Rishi Dhawan. However, he reacted angrily to the bowler, Sandeep Sharma, after colliding with the pacer while attempting to take a quick single. He was also seen speaking with Sharma as he walked off after being dismissed for 9 runs. Gill hit the ball to cover and raced away for a quick single, but Dhawan’s accurate throw caught him well short of the crease. Especially after the collision slowed him down.

Also Read: Bengaluru will have the Ranji Trophy knock-out matches, agreeing to reports.

Shubman Gill Become Upset At PBKS Bowler After Run Out?

It was a crucial early strike for PBKS, as Gill had hit a brilliant 96 in their previous meeting.

Kagiso Rabada took four wickets for Gujarat Titans, who struggled with the bat. They managed 143/8 in 20 overs, with B Sai Sudharsan’s 64* rescuing them from a poor batting performance.

The 20-year-old scored his first IPL half-century, hitting five boundaries and a six.

Punjab Kings chased it down with four overs and eight wickets to spare. Proving that the target was too small to be a challenge.

Shikhar Dhawan smashed a fifty, finishing unbeaten on 62 off 53 balls with eight boundaries and a six.

Bhanuka Rajapaksa, who hit 40 off 28, and Liam Livingstone. Who smashed an unbeaten 30 off 10, including a 28-run over off Mohammed Shami, provided ample support.