West Indies win first ODI against Netherlands thanks to a century from Shai Hope. 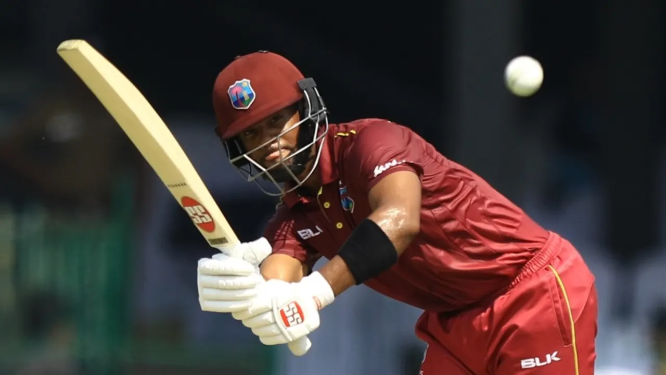 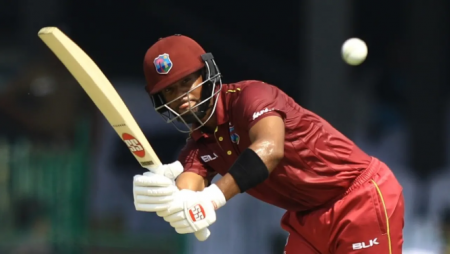 West Indies win first ODI against Netherlands thanks to a century from Shai Hope. Windies defeated Netherlands by 7 wickets in the first ODI in Amstelveen, thanks to Shai Hope’s 11th century in the format.

West Indies opener Shai Hope hit his eleventh one-day international century to lead his team to a seven-wicket victory over the Netherlands in Amstelveen on Tuesday. Despite the fact that the Dutch only made 240 for seven, the target was adjusted to 247 using the Duckworth Lewis method, which the West Indies pass with 11 balls to spare. Hope (119 not out) and fellow opener Shamarh Brooks quickly adjusted to the damp conditions that allowed the Dutch seamers to move the ball around, putting on 120 for the first wicket.

Brooks made 60 off 67 balls before being dismiss by Logan van Beek with a superb return catch.

But Hope kept his cool and found a reliable partner in Brandon King, with whom he shared an unbroken fourth wicket partnership of 116 runs.

Once Hope had reached his century, King upped the ante at the other end, slugging van Beek for six and four off consecutive balls.

The 27-year-old Jamaican went on to score his first ODI fifty and hit Ryan Klein for the winning boundary, finishing on 58 from 51 balls.

Vikramjit Singh and Max O’Dowd had earlier given the Dutch a solid start, adding 60 in just over an hour after being put in to bat.

Singh was especially impressive, hitting six fours and two sixes in his 47-ball innings. However, when he caught leg before on a review by Akeal Hosein, the innings lost its early momentum.

Teja Nidamanuru, an allrounder who has previously played for Auckland, got them back on track with a feisty 58 from 51 balls, leading the Netherlands to a respectable total of 240 for seven from their 45 overs.

The West Indies now lead the three-match series 1-0, with the second ODI set for Thursday in Amstelveen.

Also Read: MS Dhoni Wins the Heart of a Disabled Fan With a Kind Gesture.