MS Dhoni Wins the Heart of a Disabled Fan With a Kind Gesture. 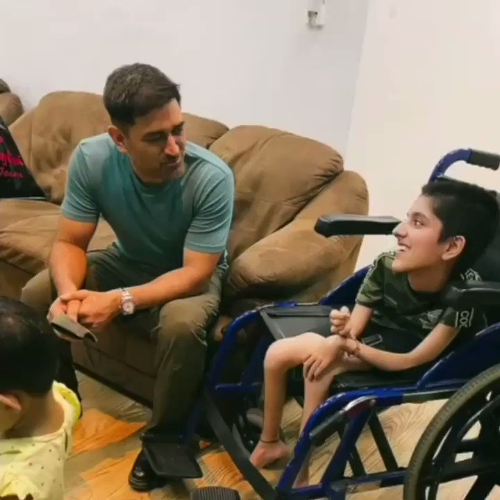 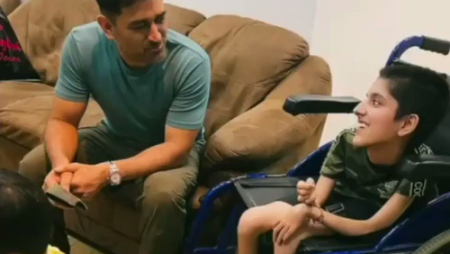 MS Dhoni Wins the Heart of a Disabled Fan With a Kind Gesture. A young differently-abled fan took to Instagram to share her meeting with MS Dhoni experience.

MS Dhoni has the ability to make millions of people happy. He’s been doing it since he became one of Indian cricket’s most recognizable figures in the early 2000s. Dhoni has become one of the most popular cricketers in the world thanks to some inspiring performances on the field. The captain of the Chennai Super Kings, who has retired from international cricket, continues to enchant his fans. A similar incident occurred on Tuesday at Ranchi Airport, where Dhoni was waiting to board a flight to Chennai. He met a differently-abled fan of his, and the experience captivated the youngster, Lavanya Pilania.

“The feeling of meeting him is indescribable; He is kind, sweet, and soft spoken. Asked me about the spelling of my name, shook my hand, and when he said ‘RONA NAHI’ and wiped my tear, it was pure bliss for me. He said ‘THANK YOU’ for his sketch and ‘MAIN LE JAUNGA,’ and the words he spoke to me will live with me forever. I can’t express how grateful I am that he gave me his valuable time. His expression priceless when I said, ‘AAP BAHUT ACHE HO.’ May 31, 2022 will be a memorable date for me for the rest of my life “Lavanya Pilania posted on her Instagram.

Watch: MS Dhoni Wins the Heart of a Disabled Fan

The gesture was appreciated by Dhoni’s IPL team Chennai Super Kings too.

Dhoni asked about his future after answering the usual questions about his toss decision, the playing XI, and the franchise’s season.

MS Dhoni, in his inimitable style, refused to commit but stated that he will work hard to return next season.

“It’s a straightforward reason.” It would be unjust to not play in Chennai and express gratitude,” Dhoni said at the toss. “Mumbai is a place where I have a lot of love and affection as a team and as an individual, but it won’t be nice to the CSK fans.” And, hopefully, it will be an opportunity for the team to travel next year. As a result, it serve as a thank you to all of the different places where games are being played at various venues.

“Whether it will be my last year or not, that’s a big question because we can’t predict something that’s two years down the line,” Dhoni said when asked about his future.

Also Read: T20 Blast 2022: SOM vs SUS Match Prediction – Who will win the match between Somerset and Sussex?