T20 Blast 2022: SOM vs SUS Match Prediction – Who will win the match between Somerset and Sussex? 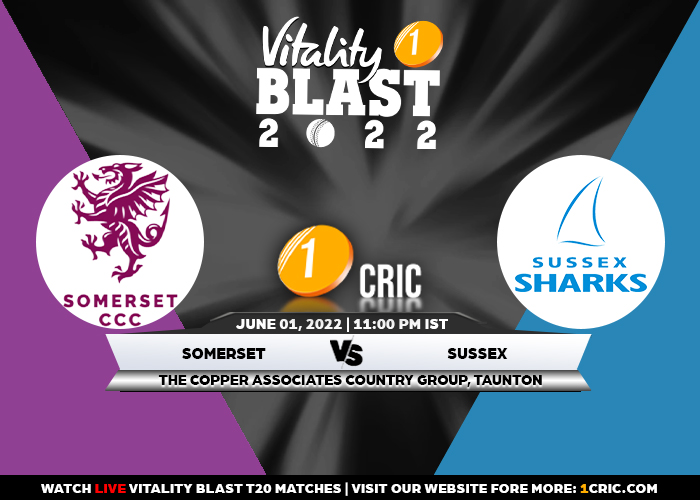 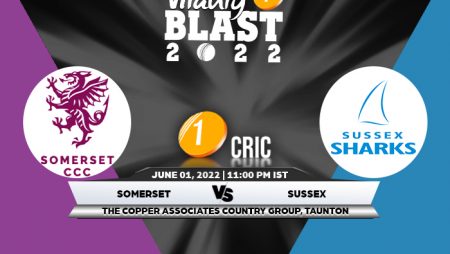 T20 Blast 2022: SOM vs SUS Match Prediction – Who will win the match between Somerset and Sussex? Both teams have won their previous T20 Blast 2022 matches.

Somerset will take on Sussex in their next T20 Blast 2022 match at the Cooper Associates County Ground in Taunton. Somerset leads the South group points table with three wins in three games and has produced some dominant performances thus far.

Sussex, on the other hand, managed to turn the tides in the previous game after a slow start and score their first points. They are currently sixth in the points table with one win in three games and will look to continue their winning streak from the previous game.

Also Read: “Like it did with Rohit Sharma,” Sunil Gavaskar says of GT skipper Hardik Pandya.

The Taunton pitch had been impacted by rain in the previous game. The conditions appeared ideal for the seamers to exploit. This may not be the case this time. The captain who wins the toss, on the other hand, will look to bowl first, with the pitch improving significantly in the second innings.

In the previous game against Kent, Tom Alsop looked in great form with the bat, hitting a match-winning 30-ball 65 to help his team to a good score. The 26-year-old has the ability to finish with a bang in the final overs and will look to replicate his exquisite touch from the previous game.

Josh Davey was the pick of the Somerset bowlers in the previous game, taking three wickets. The Scotland seamer has the ability to produce breakthroughs on a consistent basis. After recent impressive performances. Moreover the right arm seamer will be crucial to the Sussex franchise’s success in the upcoming match.

Also Read: T20 Blast 2022: NOR vs LEI Match Prediction – Who will win the match between Northamptonshire and Leicestershire?