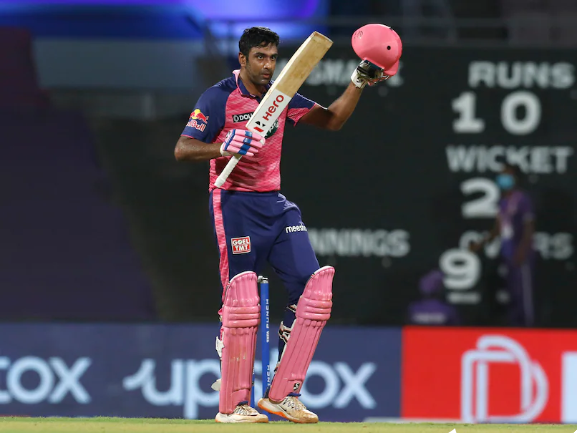 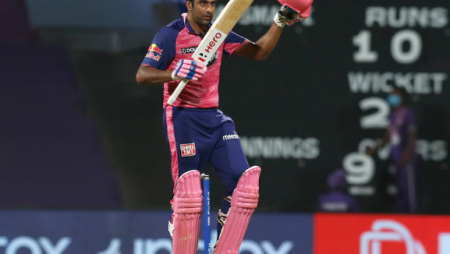 Wasim Jaffer’s ability to turn any situation into a meme, or at least find the perfect meme for any situation, has astounded his followers since his retirement from cricket. Ravichandran Ashwin, who frequently used up the order by the Rajasthan Royals this season. Scored his maiden T20 half-century in the IPL 2022 match against Delhi Capitals on Wednesday. Moreover, Ashwin hit four boundaries and two sixes in his 38-ball 50, which help the Royals reach 160/6 in 20 overs after being put in to bat. Unfortunately for him, it wasn’t enough to keep DC from winning by eight wickets.

Also Read: Ravindra Jadeja of CSK is likely to miss the IPL 2022 due to injury.

“Although unconventional, RR is making full use of Ashwin,” Jaffer tweeted, accompanied by a hilarious image.

Ashwin also state about his new role : ” It clearly communicated to me from the start of the season that I would be used as a batter up the order. We played a few practice games in which I also opened.”

Mitchell Marsh eventually dismissed Ashwin after he reached his half-century.

Devdutt Padikkal contribute with the bat as well, scoring a 30-ball 48 before being caught by Anrich Nortje.

Then, in a match-winning 143-run partnership with David Warner, Marsh hit a brilliant 62-ball 89 to help Delhi Capitals chase down the target with eight wickets and 11 deliveries to spare.

Marsh smash five boundaries and seven sixes in his swashbuckling innings, stealing the game from Rajasthan, who got an early breakthrough in the form of Srikar Bharat, who fell for a two-ball duck to Trent Boult in the first over of Delhi’s chase.

Warner also score a half-century, going unbeaten on 52 off 41 balls.

Only on JioSaavn.com can you listen to the most recent songs.
With the victory, DC remained in fifth place, keeping their playoff hopes alive. They have 12 points from the same number of games.

Meanwhile, the Royals remain third in the IPL 2022 points table, with 14 points from 12 matches.