Virender Sehwag claims that Virat Kohli has made more mistakes this season in the IPL 2022. 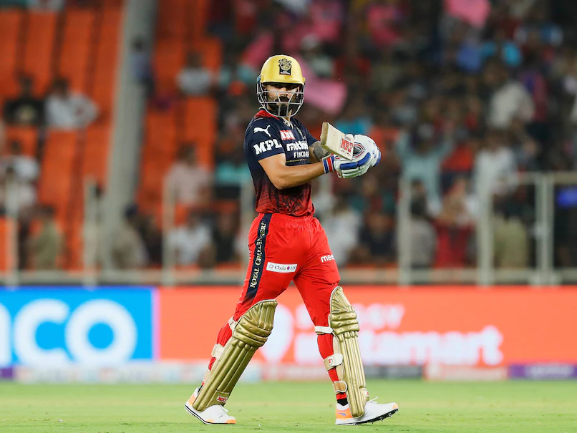 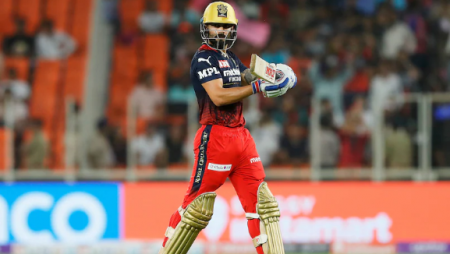 Virender Sehwag claims that Virat Kohli has made more mistakes this season in the IPL 2022. In Qualifier 2, Virat Kohli was dismissed after scoring only seven runs off eight balls after chasing a short and wide delivery.

When Royal Challengers Bangalore (RCB) batter Virat Kohli walked out to open the batting alongside skipper Faf du Plessis in Qualifier 2 of the ongoing IPL 2022 at Narendra Modi Stadium in Ahmedabad, he had high hopes riding on him. In Trent Boult’s first over, Kohli whipped the ball off his pads for a six over deep-square leg, and it appeared that the batter was in the zone. However, after only 7 runs, the 33-year-old was dismissed by Prasidh Krishna in the next over. The dismissal was a concerning sign, as the RCB batter was chasing a short and wide delivery when he was caught by wicketkeeper Sanju Samson.

Virender Sehwag: Virat Kohli has probably made more mistakes this IPL season than in his entire career.

“When you’re out of shape, you just try to center every ball to gain confidence. He did let go of some deliveries in the first over, but that’s what happens when you’re out of shape: you go chasing after balls. When you’re lucky, the ball doesn’t catch the edge of your bat. However, this was not the case. This is not the Virat Kohli we know; it could be another Virat Kohli this season “Sehwag stated this during Cricbuzz’s mid-innings show.

“He has probably not made as many mistakes in his entire career as he has this season. When you’re not scoring runs, you try different things and are dismissed in various ways. This time, Virat Kohli has been dismissed in every way imaginable. He could have let go of the ball or he could have gone after it hard. He let his fans and RCB fans down in such a big match “He continued.

Parthiv emphasized how Kohli does not play the cut short, and it was most likely just a case of the batter being overly anxious because there are no runs behind him.

“When you don’t have many runs, you become overly concerned. The issue is that Kohli does not use the cut shot “Parthiv stated.

Kohli scored 341 runs at an average of 22.73 in 16 IPL matches this season. RCB exited the ongoing tournament after a seven-wicket defeat to Rajasthan Royals in Qualifier 2.