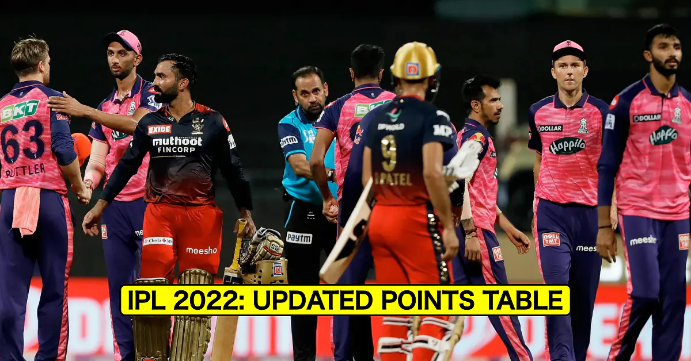 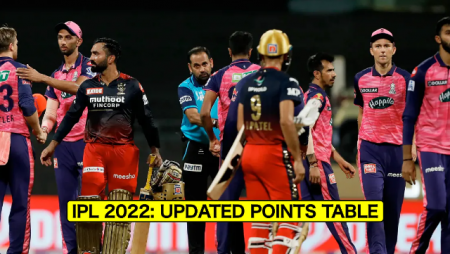 IPL 2022 Orange and Purple Cap Lists Updated Following RR vs RCB Qualifier 2. Rajasthan Royals advanced past RCB into the final, where they will face Gujarat Titans, thanks to Jos Buttler’s century.

Jos Buttler hit a stunning unbeaten century, his fourth of the season, to help Rajasthan Royals defeat Royal Challengers Bangalore at the Narendra Modi Stadium in Ahmedabad on Friday and advance to the final against Gujarat Titans. Prasidh Krishna and Obed McCoy both took three wickets to help the Royals restrict RCB to 157/8, with Rajat Patidar hitting 58 for Faf du Plessis’ side. From there, it was all Buttler, who finished unbeaten on 106 off 60 deliveries with 10 fours and six sixes to flatten the opposition bowling and secure a comprehensive win for the Royals.

Rajasthan Royals have reached their first IPL final since winning the inaugural tournament in 2008.

Also Visit: GT is not reliant on a single player, which distinguishes them: Rahul Tewatia

This season, Jos Buttler is a lock to win the Orange Cap after amassing 824 runs. KL Rahul is second in the run charts with 616 runs, followed by Quinton de Kock with 508. Faf du Plessis is fourth with 468 runs, while Shikhar Dhawan is fifth with 460.

Wanindu Hasaranga took the Purple Cap away from Yuzvendra Chahal, who finished the match without a wicket. This season, both have 26 scalps, but Hasaranga has a higher economy rate. When Chahal plays the final, he will have the opportunity to finish as the leading wicket-taker.

Also Read: Virender Sehwag on how Rishabh Pant’s name “Would Be Etched In History Books”