Virat Kohli and Mohammed Siraj have risen in the ICC rankings 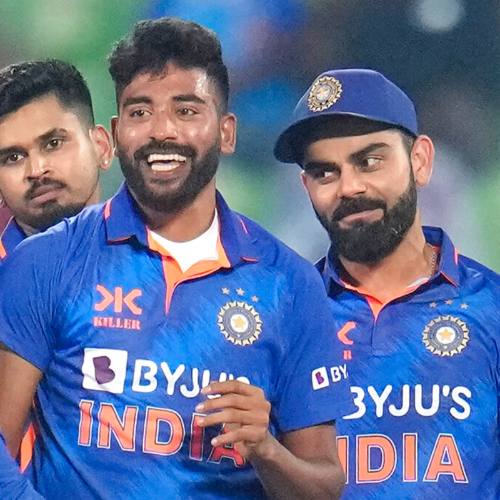 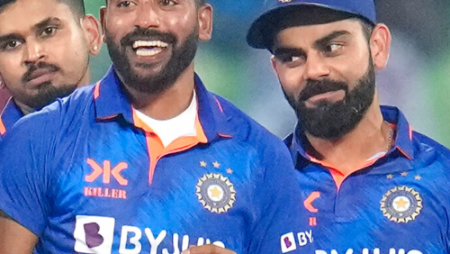 Virat Kohli and Mohammed Siraj have risen in the ICC rankings. Mohammed Siraj is on his path to becoming the ICC’s top-ranked one-day international bowler.

India’s two top performers in the series, Virat Kohli and Mohammed Siraj, have risen up the ladder in the ICC ODI rankings following a stunning series sweep against visiting Sri Lanka. The former Indian captain has risen to fourth position in the batter rankings. While Siraj has climbed to third place in the bowling rankings.

Virat Kohli, who hit two century in the recently end One-Day International series. Voted the series’ player of the series for his prolific performances. His amazing run prowess propelled him four places up the ICC rankings, to fourth position with 750 points. The forthcoming series might see him move up to second spot, since he is not far behind Proteas duo Rassie van der Dussen and Quinton de Kock, who are now second and third.

Also Visit: PCB reiterates its position on moving the next Asia Cup to a neutral location

He collected career-high rating points to move up to third position in the bowling rankings. His ascension came as a result of his spectacular exploits in the Sri Lanka series, when he took nine wickets in three games. He’s been on a roll in ODIs since the beginning of last year, and he might dethrone Trent Boult at the top of the bowling ratings in the coming season.

The Men in Blue will face the Kiwis in a three-match ODI series beginning on January 18th in Hyderabad. India lost Shreyas Iyer to a back injury in the lead-up to the series opener, putting him out of the forthcoming series.

Rajat Patidar appointed as the substitute for the injured batter, who will be evaluated further at the NCA. Meanwhile, T20 standout Suryakumar Yadav is expected to replace Iyer in the starting XI for the series opener.