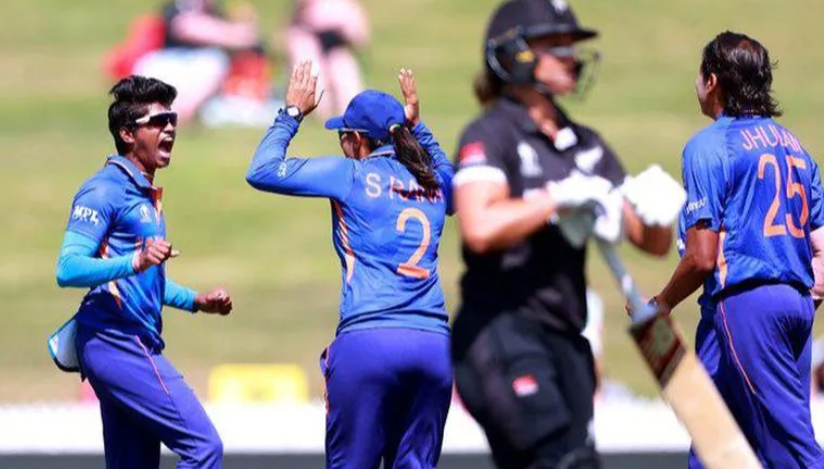 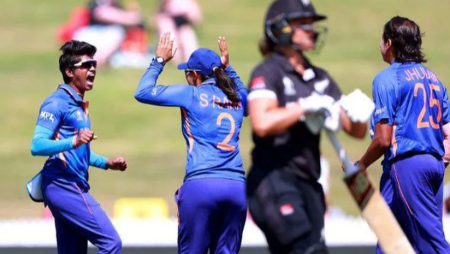 Vastrakar’s Stunning Direct Hit Against New Zealand In The Women’s World Cup. India is currently playing hosts New Zealand in the ongoing WWC at Seddon Park in Hamilto. After defeating Pakistan in their opening game earlier this week.

After defeating Pakistan in their first game earlier this week. India is now playing hosts New Zealand in the ongoing Women’s World Cup at Seddon Park in Hamilton. Opting to bowl first, India got off to the best possible start when New Zealand star opener Suzie Bates was run-out while attempting to steal a single. The early breakthrough, however, was entirely due to the brilliance of Pooja Vastrakar, who made a direct hit into the stumps from the point region.

Vastrakar then struck in her first over to dismiss New Zealand skipper Sophie Devine, who had steady the Kiwis’ ship after Bates was dismissed early.

Bates and Amelia Kerr had put on 45 for the second wicket before the former nicked one behind for Richa Ghosh off Vastrakar’s delivery.

Earlier, India defeated Pakistan by 107 runs at the Bay Oval in Mount Maunganui to kick off their tournament campaign on a high note.

Vastrakar was named the match’s ‘Player of the Match.’