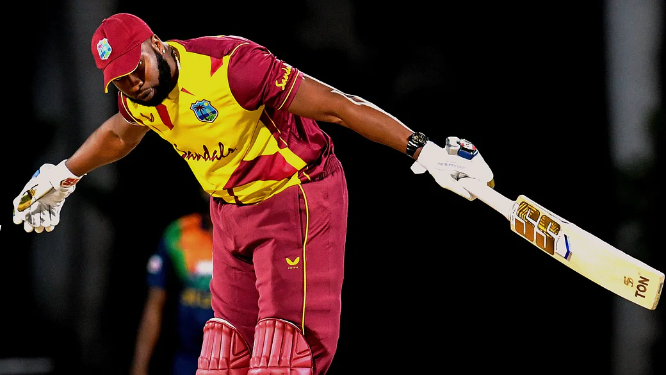 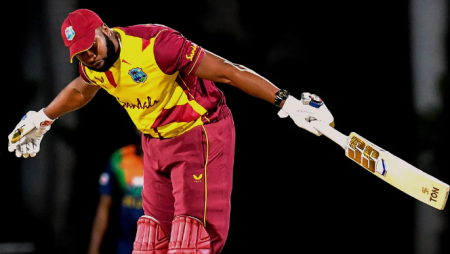 Kieron Pollard, a big-hitting all-rounder, shocked the world on Wednesday by announcing his retirement from international cricket. After 123 ODIs and 101 T20Is for the West Indies, the outspoken player announced his retirement. He announced his decision on social media with a statement that was accompanied by a video that depicted the major cricket highlights of Pollard’s career. “Hello everyone, after much thought, I have decided to retire from international cricket. It has been a dream of mine since I was a 10-year-old boy to play for the West Indies, and I am proud to have represented the West Indies in the T20 and ODI formats of the game for over 15 years “Pollard announced the news on his official Instagram page.

As soon as Pollard’s statement was posted on social media, tributes began to pour in, and everyone from Sachin Tendulkar to Jasprit Bumrah tipped their hats in honor of the T20 World Cup-winning player.

“A fighter and a challenger with a terrific attitude on the field! Congratulations Polly,” tweeted Master Blaster Sachin Tendulkar.

Pollard’s teammate Chris Gayle wrote: “Can’t believe you retired before me @KieronPollard55. Anyway-Congratulations on your international career…it was great playing alongside you. Happy Retirement…All the best in your next chapter.”

Jasprit Bumrah, Pollard’s Mumbai Indians teammate, tweeted: “A power hitting maestro, a dependable teammate, and a wonderful friend. Polly, you’re a legend! Congratulations on an impressive international career! Best wishes for everything that is to come.”

Suryakumar Yadav, Hardik Pandya, and Krunal Pandya all commented on Pollard’s Instagram post, congratulating him on his stellar career.

Pollard was a member of the West Indies team that won the T20 World Cup in 2012, but he missed out on his second T20 World Cup title in 2016 due to an injury.

Kieron, 34, made his ODI debut in 2007, and his most recent series was against India, a country that has become his second home due to his long association with the Mumbai Indians.

The highlight of his international career so far has been hitting six sixes off Akila Dananjaya in a T20I this year.