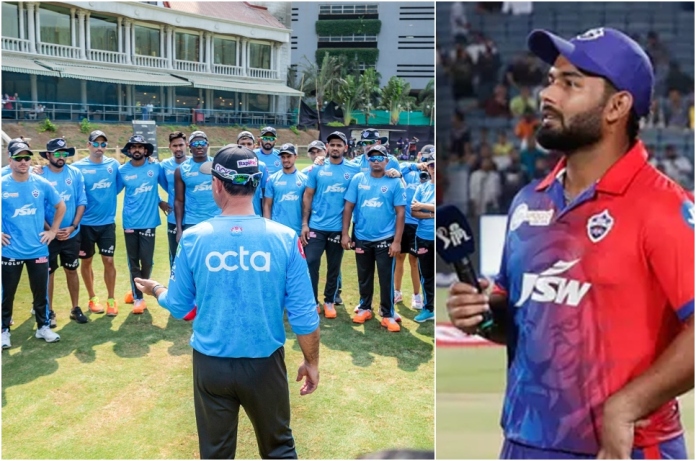 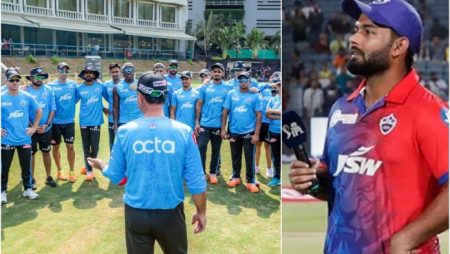 After a hard hit by the COVID-19 outbreak before their IPL match against the Punjab Kings. DC all-rounder Axar Patel said a pep talk from head coach Ricky Ponting work wonders in lifting the side’s morale. resulting in a comprehensive win.

DC display remarkable fortitude in overcoming a COVID crisis in their camp and thrashing PBKS by nine wickets in an IPL game on Wednesday night.

The match, which move from Pune to Brabourne Stadium. Called off less than an hour before the start of play after DC wicketkeeper-batter Tim Seifert test positive on Wednesday morning.

Also Read: If I had faced Kohli, he would not have scored as many runs: Shoaib Akhtar

Pep Talk: Ricky Ponting did everything he could to keep his team focused.

“We were quarantine, and we began practicing two or three days later. After he (Ponting) told us we had two options.” We must play the game. You may believe that there are positive cases, but the preparations have not been completed.

“Alternatively, you can believe that all external factors are beyond our control. That you must demonstrate commitment in terms of effort and preparation,” Axar explained.

“We were concentrating on our game (and) planning (accordingly). So thats the speech, and that was our mindset “added the left-arm spinner. Who took two wickets and was instrumental in limiting Punjab to 115.

Delhi first bowled out Punjab Kings for 115 before cruising to the target in 10.3 overs. Thanks to David Warner’s unbeaten 60.

Axar was also pleased with teammate Kuldeep Yadav’s return to form. Claiming that the Delhi team management gave him the much-needed confidence to succeed after a disappointing previous IPL season with the Kolkata Knight Riders.

“The atmosphere, as you mentioned, is crucial. I had previously stated that when he (Kuldeep) arrived, he would require confidence. You lose confidence after a season or two of not playing well, so Rishabh (Pant), I, and the coaching staff – Ricky (Ponting) – gave him that confidence, which was crucial “Axar stated.

“In the practice match, we gave him confidence and told him that he would play all of the matches and that he didn’t need to worry about his performance.”

“When he knows he will be playing all of the matches, he must concentrate on his bowling. That is exactly what is happening. He’s now concentrating on his bowling, and the way he’s taking wickets makes it easy for me to partner with him “He then signed off.