Michael Vaughan says RCB is “the real deal” under Faf du Plessis in the IPL 2022. 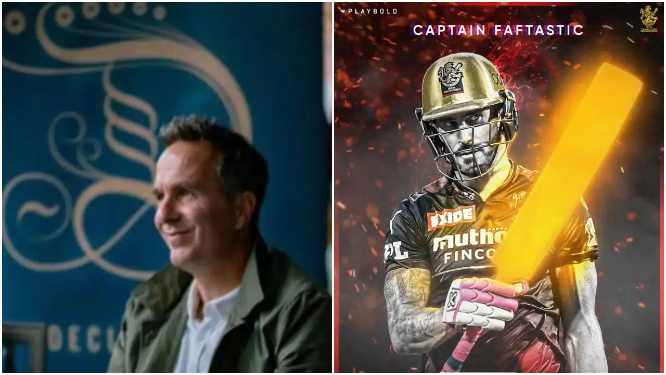 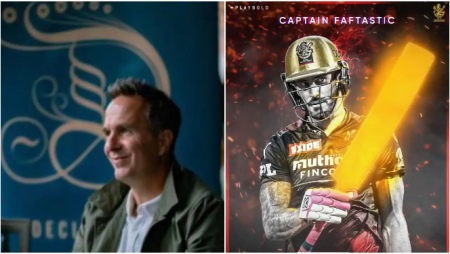 Former England captain Michael Vaughan says He has been impress by RCB’s performances under their new captain’s leadership. RCB is “the real deal” under Faf du Plessis.

Royal Challengers Bangalore (RCB), led by new captain Faf du Plessis, have been in good form in the Indian Premier League (IPL) this season. With their most recent victory over the Lucknow Super Giants, they moved up to second place on the IPL 2022 points table, with 10 points from seven games. Du Plessis in fine form against LSG, matching his highest IPL score of 96 as he help RCB to a total of 181/6 after being put in to bat. The bowlers then put in a solid performance, led by the incomparable Josh Hazlewood, limiting LSG to 163/8, with RCB winning by 18 runs.

Also Read: MI will play CSK in a battle to avoid elimination from the IPL.

Michael Vaughan says He has been impress by RCB performances

“Without doubt @RCBTweets are the real deal this year under @faf1307,” Vaughan tweeted.

Kohli had resigned as RCB captain at the end of the previous season.

Faf du Plessis, who select in the auction for Rs 7 crore, was name captain in a grand event just before the start of the new season.

So far, the South African batter has led from the front, beginning the season with an impressive 88 in a losing cause against Punjab Kings and then following it up with a 96 against Lucknow.

With 250 runs in seven matches, he is the RCB’s leading scorer this season, ahead of Dinesh Karthik, who has been a key finisher for them.

On Saturday, RCB will face SunRisers Hyderabad at the Brabourne Stadium in Mumbai.