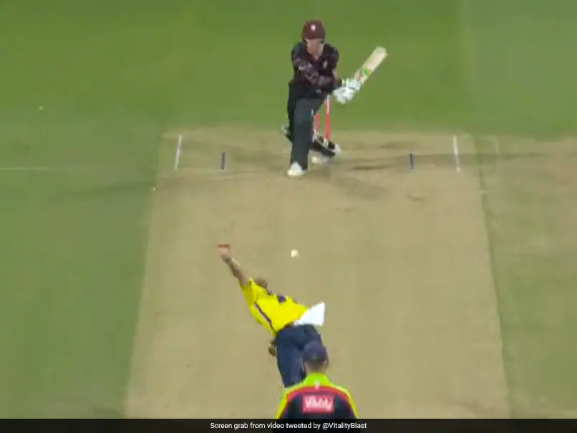 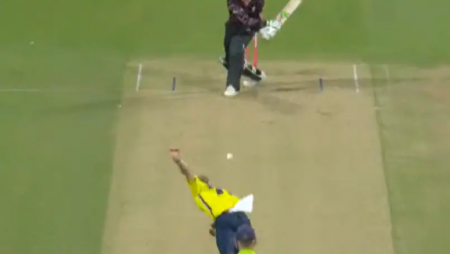 During the T20 Blast match between Hampshire and Somerset, English batter Tom Banton hit an outrageous six to reach his half-century. Nathan Ellis bowled a length ball on off-stump in the 12th over of Somerset’s chase of 209, and Banton showed quick hands to hit a reverse-sweep for a six behind point. With the shot, he reached his half-century mark. The T20 Blast’s official Twitter account tweeted the video of Banton’s shot, writing, “That is some way to reach your half-century.”

Also Visit: N Jagadeesan’s Indecent Act As He Loses His Cool After Being Mankade In TNPL

Watch: Tom Banton brings up his half-century in style

Tom Banton was bowled out in the next over by Chris Wood, who finished with 54 off 38 deliveries.

Rilee Rossouw also hit 55 off 28, but a middle-order collapse meant their half-centuries were for naught as Somerset fell 14 runs short of Hampshire’s total.

Somerset got off to a flying start in their chase, with opener Will Smeed hitting 43 off 27 deliveries.

After Smeed went down, Rossouw came in and increased the tempo even more. However, when Banton fell, it triggered a collapse.

Captain Tom Abell scored 13, but everyone after him was dismissed for single digits, including Rossouw, who was dismissed in the penultimate over.