This video of Joe Root and his apparently levitated bat has gone viral. 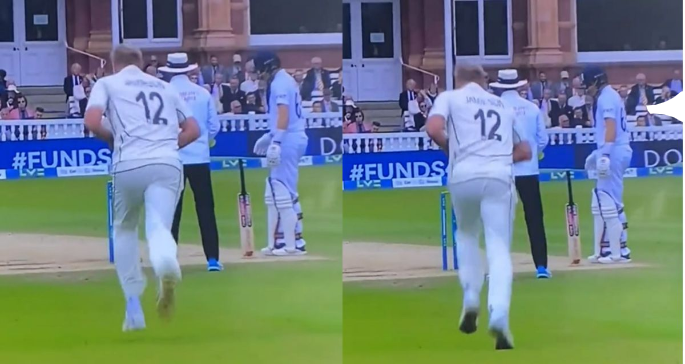 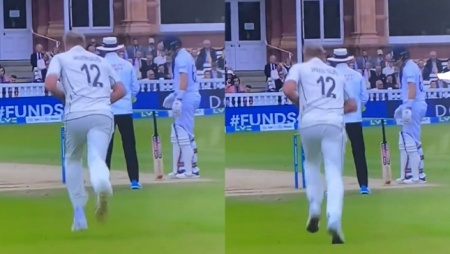 This video of Joe Root and his apparently levitated bat has gone viral. Joe Root batted brilliantly to lead England to victory in the first Test, but a video of the Englishman standing at the non-end striker’s has gone viral on social media.

England won the first Test against New Zealand at Lord’s on Sunday thanks to Joe Root’s bat magic. Root became only the second Englishman and the 14th cricketer in Test history to reach 10,000 runs. While the former England captain’s stunning achievement was widely lauded, it was a bizarre video of Root standing at the non-end striker’s that went viral.

“I knew @root66 was talented but not as magic as this……. What is this sorcery?” also wrote a Twitter user, sharing a video of Root’s bat standing on its own.

This is what they say… Bat has good balance 😉

However, Root became the latest member of the 10,000-run club in Test cricket on Sunday, achieving the rare feat on Day 4 of the first Test against New Zealand.

Root became only the second Englishman, after Alastair Cook, to reach the milestone, and the 14th overall. In his 218th innings, he became the fastest England batter to reach 10,000 runs.

Cook reached the milestone in his 229th inning. Root is also the joint-youngest person to reach the milestone, along with Cook, both of whom did so at the age of 31y 157d.

Moreover, His magnificent century rescued them from a score of 69/4 as they chased down 277 at Lord’s to win in Ben Stokes’ first Test match as England’s Test captain.