The ICC has rated the Bengaluru pitch for the IND-SL Test as below average. 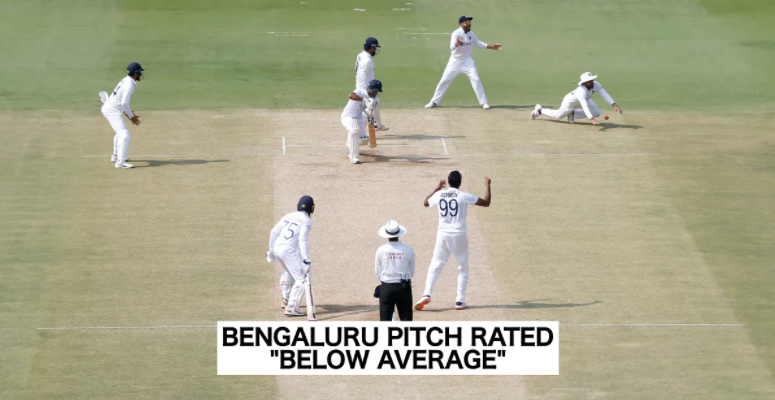 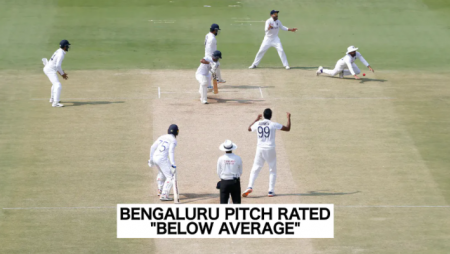 The ICC has rated the Bengaluru pitch for the IND-SL Test as below average.

The ICC has rated the Chinnaswamy pitch in Bengaluru. Which hosted Sri Lanka in the second Test, as below average. Javagal Srinath, a member of the ICC’s Elite Panel of Match Referees. Rated it as such, and the venue received one demerit point as a result.

As a result, the venue received one demerit point as part of the ICC Pitch and Outfield Monitoring Process.

“The pitch provided a lot of turn on the first day itself, and while it improved with each session, in my opinion, it was not an even contest between bat and ball,” Srinath wrote in his pitch report.

According to Srinath, there was a significant amount of turn on the surface starting on Day 1, which saw India reduced to 148 for 6. It took Shreyas Iyer’s skills against spin to propel India to 252 – an innings in which spinners claimed eight of the ten wickets.

In response, Sri Lanka were bowled out for 109, despite the spinners taking only three wickets. In the second essay, India batted much better, but Sri Lanka suffered a similar fate, with seven batters out for single-digit scores. The competition lasted only until the final session on Day 3.

Also Read: To avoid worn-out surfaces, each IPL 2022 venue will have five pitches.