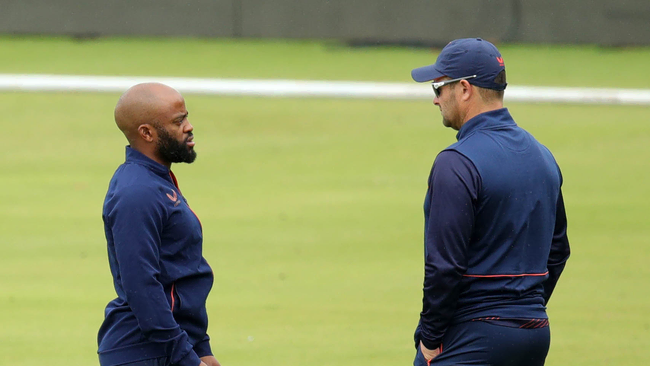 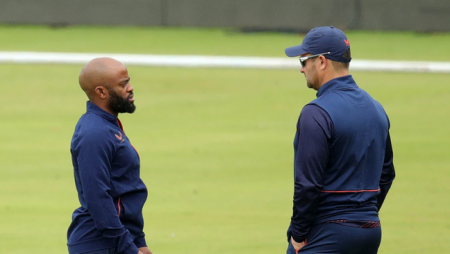 Temba Bavuma discusses his friendship with coach Mark Boucher. “The off-field drama surrounding the team and, in particular, the coach was difficult,” Bavuma said.

Temba Bavuma, South Africa’s white-ball captain. Revealed that overcoming difficulties and challenges at the camp during his tenure strengthened his bond with coach Mark Boucher. Off-field conversations between the entire team as a unit. According to Bavuma, helped him grow his relationship with the head coach.

Cricket South Africa (CSA) recently dropped all charges of misconduct. Including racism, against Boucher after Paul Adams refused to justify his actions in court. Due to a lack of evidence, the board stated that there was no basis to sustain any of the levied charges, and as a result, Boucher was asked to continue his term with the national team until the end of his contract.

“The off-field drama surrounding the team and, in particular, the coach was difficult.” It was difficult for both the coach and the players… The conversations we had helped in those situations. “There were times when we sat in a room (together) and guys could talk,” Bavuma told The South African.

“If there were any differences, if guys felt any way, they had the opportunity to express themselves.” That was between players and management, and those kinds of conversations helped us navigate the off-field drama that was engulfing the team,” he added.

The guys were there to help the coach in any way they could: Temba Bavuma

Bavuma, who took over as limited-overs captain after Quinton de Kock stepped down, emphasized how the squad came together as a unit and supported Boucher during a difficult period. He stated that as captain, he tried to keep the squad together while focusing on improving the game, and that the players were always supportive of Boucher.

“I believe our relationship has improved over the last year.” With all of the drama going on, my role was still to keep the team together and focused on cricket. The guys were there to help the coach with anything he needed. “The relationship between the coach and myself is another aspect that has grown within the team,” he added.

Boucher’s deal with the Proteas runs until the 2023 World Cup. The team’s next assignment is against the Indian team, who will visit for a five-match T20I series in June.