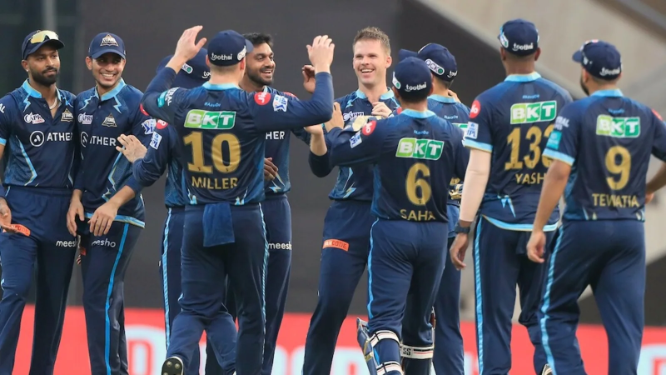 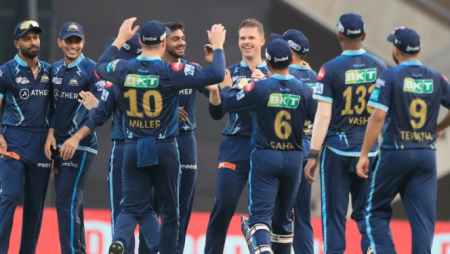 On Thursday, the Gujarat Titans will face Royal Challengers Bangalore in a crucial match in the ongoing Indian Premier League (IPL) 2022 season at Mumbai’s Wankhede Stadium. With qualification already completed, skipper Hardik Pandya may give Lockie Ferguson a chance to replace West Indian pacer Alzarri Joseph. With his raw pace, Lockie could trouble the likes of Virat Kohli and others and pick up some early wickets.

So far, Saha has been GT’s main man at the top of the order. Saha has made the position his own since taking over for Wade, with excellent knocks.

Although Gill’s form has been quite questionable, he continues to play impressive cameos and get the team to quick starts.

Wade’s move down the order has helped GT improve their batting depth. Wade’s experience helps him play the situations well.

Hardik’s incredible numbers with both the bat and the ball have been a huge asset to GT. In the team’s debut season, the captain has continued to lead from the front.

Tewatia did finish games early in the season, but has faded in recent games. He’ll want to prove himself once more by scoring some crucial runs and taking some crucial wickets.

Rashid has bowled some crucial overs in the dying overs. Although his wickets haven’t been as consistent as we’d like, his accuracy has been commendable against some big batters.

Sai Kishore has impressed thus far, and Pandya may give the player a longer run in the final XI.

The New Zealand pacer could be named to the final XI in place of Alzarri Joseph. Lockie’s raw pace could cause problems for batters early in the game.

The Indian pacer conceded 27 runs in three overs in the previous match, but his left-arm medium bowling still provides variety.

The Indian pacer conceded 27 runs in three overs in the previous match, but his left-arm medium bowling still provides variety.