T20 Blast 2022: YOR vs NOT Match Prediction – Who will win the match between Yorkshire and Nottinghamshire? 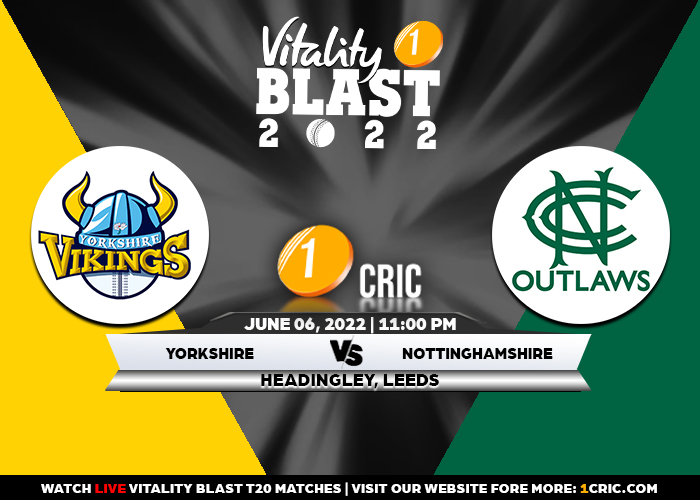 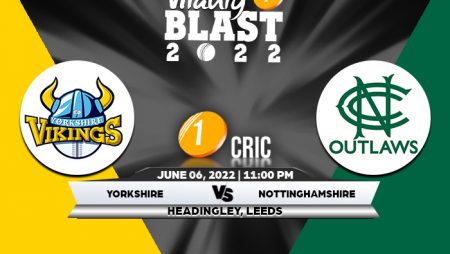 T20 Blast 2022: YOR vs NOT Match Prediction – Who will win the match between Yorkshire and Nottinghamshire? Both teams have a strong batting lineup, so this should be an exciting game to watch.

Yorkshire and Nottinghamshire will meet in the 2022 T20 Blast’s next group stage match. On June 6, the match will be played at Headingly in Leeds (Monday). Both teams are loaded with powerful batters, and the game is expected to be a nail-biter.

Yorkshire are currently third in the North Group points table, with two wins in five matches. Nottinghamshire, on the other hand, has won two matches but is ranked fifth. With the tournament still in its early stages, both teams will want to give it their all and try to win matches right away.

Match Details YOR vs NOT

Headingly Park in Leeds is a batting paradise. In the most recent match played on that ground, both teams scored more than 200 runs. The captain who wins the toss may choose to bowl first and then attempt to chase down the target later. Bowlers must vary their pace if they are to stop the run flow throughout the match.

Probable Playing XI: YOR vs NOT

Alex Hales, a prominent batter, recently excelled against Derbyshire. Hales scored 91 runs in 33 balls while maintaining a 275.76 strike rate. The right-handed batter also hit 12 fours and five sixes to lay the groundwork for his team. The English batter will look to replicate his performance in the coming matches.

Veteran England spinner Adil Rashid could be crucial to his team’s success in the upcoming match. The experienced spinner has many tricks up his sleeve and also changes his pace to confuse batters. Adil Rashid will want to take some key wickets in the next match and help his team win.

Also Read: After a match-winning century against New Zealand, Joe Root is greeted as a hero at Lord’s Pavilion.