T20 Blast 2022: WOR vs NOR Match Prediction– Who will win the match between Worcestershire and Northamptonshire? 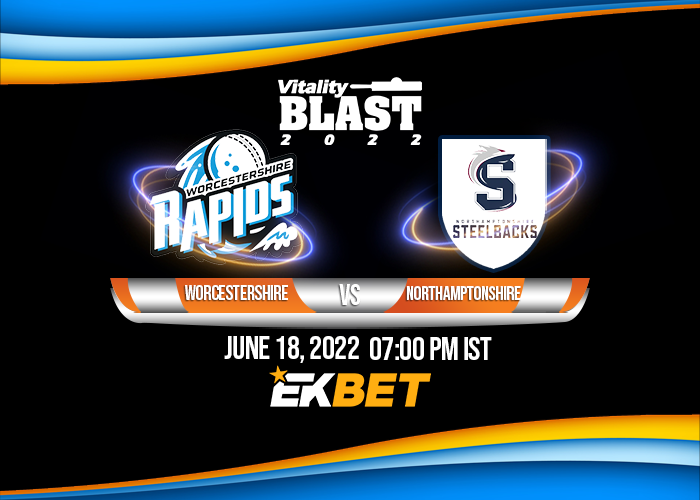 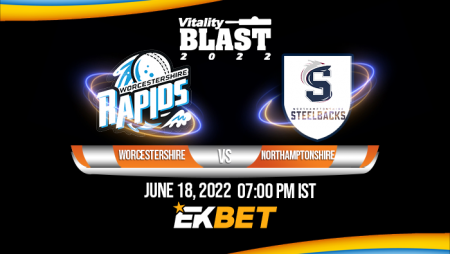 T20 Blast 2022: WOR vs NOR Match Prediction– Who will win the match between Worcestershire and Northamptonshire? Northamptonshire would be eager to extend their winning streak.

On June 18, Worcestershire will face Northamptonshire in the Vitality Blast 2022 North Group match at the County Ground, New Road, Worcester. So far, both teams have delivered contrasting performances. While one team has been consistent throughout the season, the other’s campaign has never taken off and will be hoping to make amends in the future.

Worcestershire have been the most inconsistent team in the competition, finishing at the bottom of the points table with just one win and eight losses from nine games. They have only two points and an unimpressive NRR of -1.584. In their previous match, they were defeated by Leicestershire by eight wickets.

Northamptonshire, on the other hand, are comfortably placed second in the standings with six victories and two defeats from nine matches so far and 13 points at a solid net run rate of +0.522. In fact, Northampton had suffered a humiliating 73-run defeat to Worcester in their previous meeting last week.

The New Round surface is an excellent batting surface, and any batter who gets set at the crease can expect a run-fest. At the same time, a high-scoring total can be posted at this location, despite the bowlers receiving little assistance. It is an ideal batting surface, and the bowlers may struggle in the second innings due to the smaller boundaries. As a result, the captain who wins the toss will prefer to bowl first.

Probable Playing XIs WOR vs NOR

Northampton captain Joshua Cobb would have to make another impact with the ball in hand. In fact, Josh Cobb was the pick of the bowlers for his side against Worcestershire, dismissing half of their team. He finished with 5/25 from 3.4 overs at an excellent economy rate of 6.81.

Also Read: T20 Blast 2022: GLO vs GLA  Match Prediction– Who will win the match between Gloucestershire and Glamorgan?