T20 Blast 2022: WOR vs LEI  Match Prediction – Who will win the match between Worcestershire and Leicestershire? 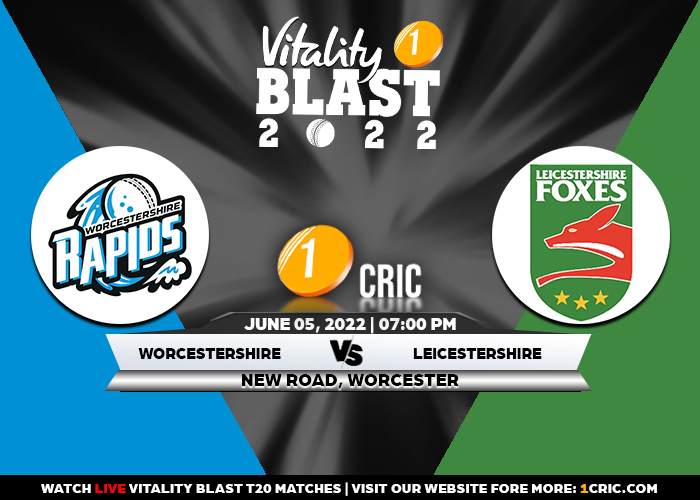 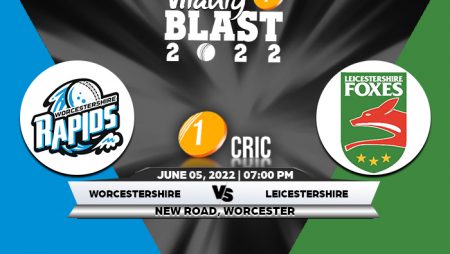 T20 Blast 2022: WOR vs LEI  Match Prediction – Who will win the match between Worcestershire and Leicestershire? Both teams are coming off a victory in their previous match.

Leicestershire, on the other hand, is second-to-last in the North Group points table, having won just two of five games. They’ll be looking to keep the winning streak going and put an end to Worcestershire’s chances of winning at home.

The match will be played at Worcestershire’s home ground. This pitch has a high scoring potential and a batter-friendly surface. As a result, heavy hitters will benefit. The previous match at this venue between Worcestershire and Warwickshire ended in a high-scoring thriller, with the hosts winning by 15 runs after scoring 217 runs.

Brett D’Oliveira took the game by storm when he batted in the top order for 38 balls against Warwickshire on their home turf. He gave his team much-needed momentum in the first inning and continued to find gaps to hit big shots. He will look to continue his good form in the upcoming game at the same venue.

Dillon Pennington, who will be in top form during the powerplay, will be the bowler to watch. He took three wickets in two overs against Warwickshire and dismissed the top-order within four overs of the game, finishing with a 3/30 in three overs. He’ll be expected to do something similar against Leicestershire.

Also Read: T20 Blast 2022: DUR vs NOR Match Prediction – Who will win the match between Durham and Northamptonshire?