T20 Blast 2022: DUR vs NOR Match Prediction – Who will win the match between Durham and Northamptonshire? 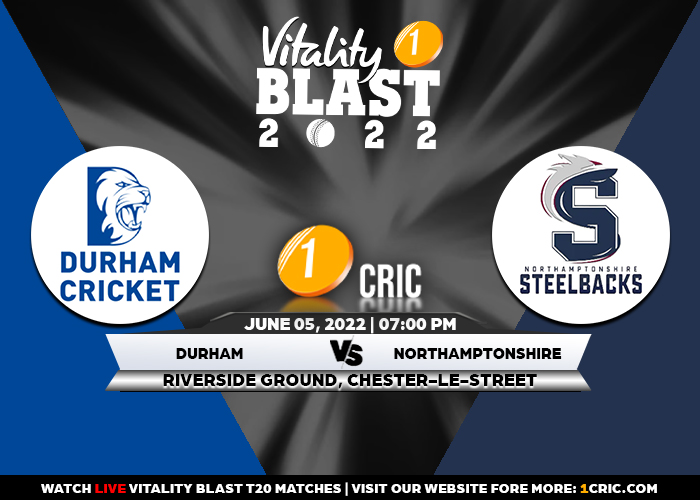 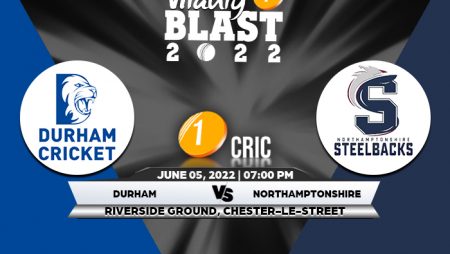 T20 Blast 2022: DUR vs NOR Match Prediction – Who will win the match between Durham and Northamptonshire? Both teams have only won two games and are desperate for a victory in their next meeting.

In terms of their standings in the North Group points table, Durham has won two of their five matches so far and is ranked seventh. Northamptonshire, on the other hand, has won two games and is currently fourth in the points table. Both teams are desperate for two points and will want to win their next match.

Also Visit: “If You Can Be Half As Good As Your Father…”: Kapil Dev Message To Arjun Tendulkar

The pitch at Chester-le-Street has seen a high-scoring first innings score of 186 in its only tournament match thus far, and the same is expected in the upcoming match. The captains of both teams will want to win the toss and bowl first. However, a total of 170+ can be defended on the wicket.

Probable Playing XIs for DUR vs NOR

Northamptonshire captain Joshua Cobb will have to take the blame if his team suffers a major setback. The right-handed batter was playing well for his 21 off 13 balls in his previous outing, but he couldn’t convert it into a big score. Cobb will look to correct his mistakes from the previous match by holding up one end while other batters play around him.

New Zealand allrounder James Neesham bowled some excellent line and length in his previous outing and reaped the benefits, taking four wickets in 3.5 overs. The right-arm pacer was also economical, allowing only 26 runs.

Also Read: T20 Blast 2022: WAR vs NOT  Match Prediction – Who will win the match between Warwickshire and Nottinghamshire?