T20 Blast 2022: GLA vs SUR Match Prediction – Who will win the match between Glamorgan and Surrey? 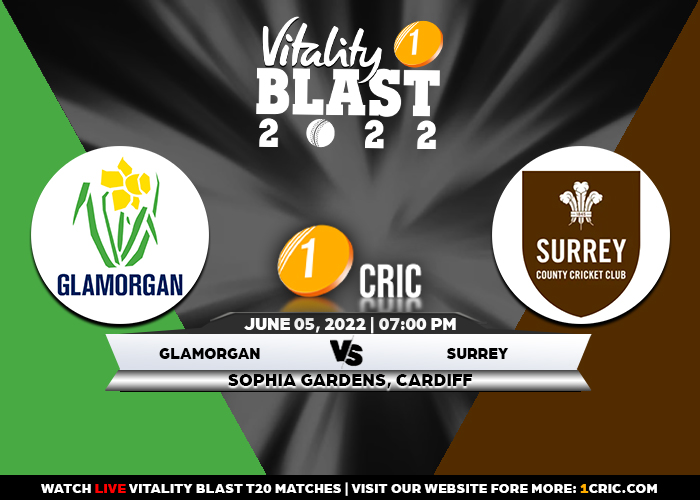 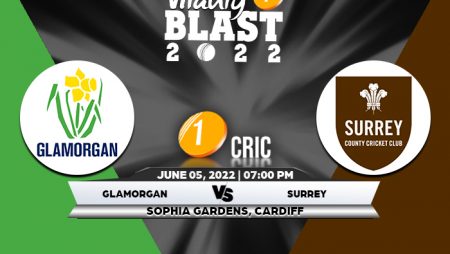 T20 Blast 2022: GLA vs SUR Match Prediction – Who will win the match between Glamorgan and Surrey? Surrey would like to keep their unbeaten record in the T20 Blast 2022.

On June 5, Glamorgan will face Surrey in the South group of the T20 Blast 2022 at the Sophia Gardens in Cardiff. Surrey would like to complete the double over Glamorgan after defeating them by four wickets in the reverse fixture. Surrey have been in excellent form this season and have yet to lose a game. They are currently in first place, having won all four of their matches and amassing a total of eight points. They defeated Kent by 32 runs in their most recent match.

Glamorgan, on the other hand, has been hot and cold in this year’s T20 Blast. They are currently seventh in the standings, with two wins, three losses, and four points to their name. More importantly, Glamorgan would be desperate to improve their -0.256 negative net run rate.

Glamorgan were defeated by Somerset in their previous match by nine wickets and 35 balls to spare, and they will need to put in a lot of effort to make amends for this humiliating loss.

Also Visit: Ian Bell emerges as the leading candidate for the ECB to restore the role of national selector.

The Sophia Gardens track produced a first innings score of 113 in its only Blast match this year, but with a star-studded batting line-up on both sides, things could change on this occasion, and the surface is expected to be grassy and swing-producing. As a result, the batters would struggle early on, with the pacers asking some difficult questions with the new ball. As a result, the captain who wins the toss will prefer to bowl first.

Surrey’s main batsman was Sam Curran, who scored 43 runs off 34 deliveries in the previous game against Kent. Even though he fell short of a well-deserved half-century, his crucial knock was enough for the team to post a match-winning total of 159/6.

With the ball in hand, Reece Topley proved to be the game-changer for Surrey, as his outstanding bowling performances dealt a severe blow to Kent’s chances of registering their first win of the season. Topley’s incredible spell ended with figures of 3/24 from four overs at an economy rate of exactly six. He is expected to bowl another impactful spell in the upcoming match.

Also Read: T20 Blast 2022: WOR vs LEI  Match Prediction – Who will win the match between Worcestershire and Leicestershire?