T20 Blast 2022: ESS vs MID Match Prediction– Who will win the match between Essex and Middlesex? 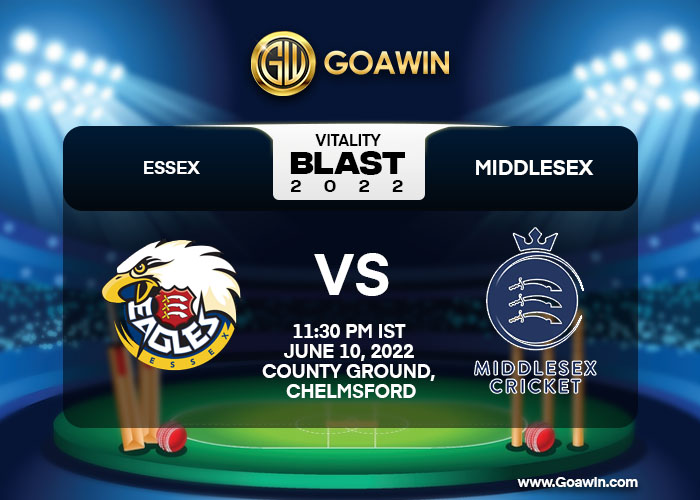 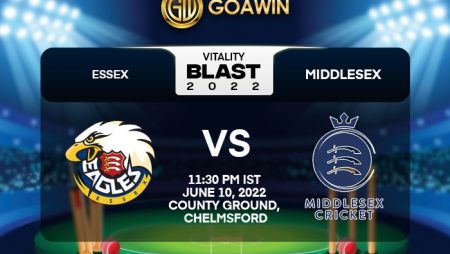 T20 Blast 2022: ESS vs MID Match Prediction– Who will win the match between Essex and Middlesex? Essex have been in good form and will look to outclass Middlesex.

Essex will host Middlesex in the 71st match of the T20 Blast 2022 at the County Ground in Chelmsford. The hosts’ recent games have been a roller coaster. They had won one game, lost one, and had a match called off due to rain. Essex will face Hampshire on June 9 before facing Middlesex on June 10.

Middlesex, on the other hand, is sixth in the table with three wins and six losses from six games. Middlesex lost three games in a row after winning three in a row, dropping them down the rankings. Middlesex will face Surrey on June 9 before facing Essex on June 10, hoping to get back to winning ways.

Chelmsford’s surface will benefit both bowlers and batters equally. Because the conditions for the batters may not be ideal in the first innings, the captain who wins the toss will choose to field first, limiting the opponents and chasing the total thereafter. Essex won their previous game by seven wickets while chasing in this arena.

Essex was led to victories over Hampshire and Kent by Michael-Kyle Pepper. His unbeaten match-winning 75*(42) against Hampshire enabled his team to recover from a loss and win, while his 29-ball 50 against Kent helped his side keep the asking rate under control. This time, his striking ability would be something to watch out for.

This season, skipper Simon Harmer has been one of the team’s standout bowlers. He has kept his economy at a brilliant 5.72, which is the best of any bowler on his team. Despite having only six wickets in five games, he has not given up many runs and has an average of 17.16. He would be the winner of the upcoming competition.

Also Read: T20 Blast 2022: SUS vs GLO Match Prediction– Who will win the match between Sussex and Gloucestershire?