T20 Blast 2022: SUS vs GLO Match Prediction– Who will win the match between Sussex and Gloucestershire? 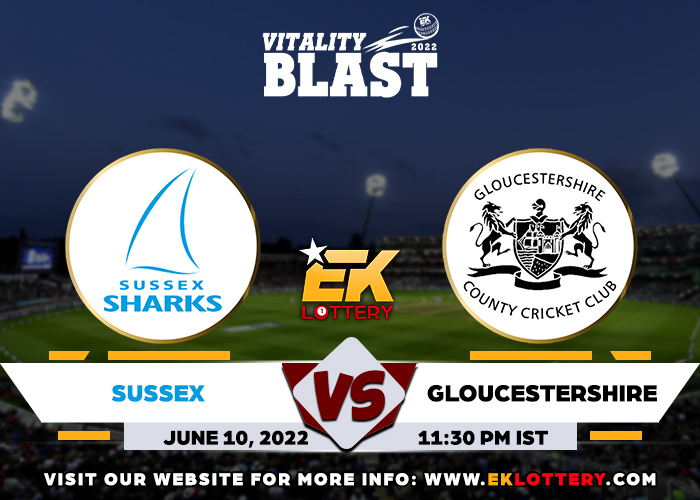 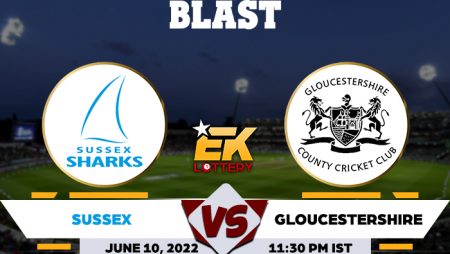 T20 Blast 2022: SUS vs GLO Match Prediction– Who will win the match between Sussex and Gloucestershire?

On June 10, Sussex will host Gloucestershire in their next T20 Blast 2022 match (Friday). It will be their eighth game of the year. Gloucestershire will play their second game in less than 24 hours in this mid-table clash between these two sides. Sussex had a topsy-turvy T20 Blast campaign this year, losing two games before going on a three-game winning streak before losing their final two games.

Gloucestershire, on the other hand, has impressed in their games but has been inconsistent in their performances. In the upcoming games, Jack Taylor will be hoping for a more structured approach from his players.

Unlike most of the other grounds in the division, the County Ground at Hove has a pacer-friendly surface. Fast bowlers accounted for 13 of the 15 wickets that fell in the previous match on this pitch. The team that wins the toss will look to bowl first and take advantage of the pitch’s early movement.

Tim Seifert, Sussex’s wicketkeeper-batter, is in good form with the bat. Despite being dismissed for four runs in the previous match, the Kiwi has already scored a century in this year’s tournament in just three appearances for his team. He’ll be looking to make amends for his failure in the previous game.

Obed McCoy has been outstanding since making his IPL debut last month. The left-arm medium-pacer has 12 wickets in four games, including a five-for and a four-for. With his clever variations with the ball in hand, the West Indian has fooled a slew of batters.

Also Read: T20 Blast 2022: LEI vs NOT Match Prediction– Who will win the match between Leicestershire and Nottinghamshire?