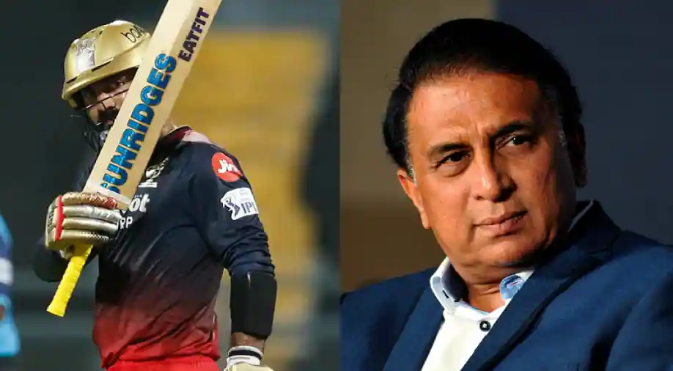 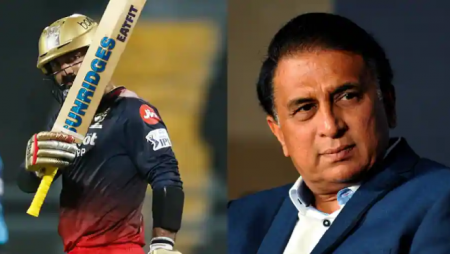 Sunil Gavaskar’s Big Statement On Dinesh Karthik’s Selection For The T20 World Cup. Dinesh Karthik has been a batting saviour for Royal Challengers Bangalore on several occasions this season, playing the finisher’s role with aplomb.

Dinesh Karthik has been a batting saviour for Royal Challengers Bangalore this season, playing the finisher’s role with aplomb. During one of the interviews this season, Karthik expressed his eagerness to represent the Indian team in the upcoming T20 World Cup in Australia. Because he wants to help the team win an ICC tournament for the first time in 9 years.

Karthik has also dabbled in commentary in the past, and the veteran wicket-keeper batter’s performance this season has astounded several ex-players who are commentating in IPL 2022. Sunil Gavaskar, former India captain and batting legend. Spend a lot of time in the commentary box with Karthik last year and said that the RCB batter should be consider for selection to the T20 World Cup solely on his batting form.

“We did commentary together during the World Test Championship final in England last year, and we spent a lot of time together in quarantine before that. I remember how determine he was to play in the T20 World Cups in 2021 and 2022. He’s not chosen for last year’s World Cup, but given his performance in the IPL 2022, if I were a selector, I would definitely pick him for the upcoming T20 World Cup “Gavaskar stated this on Sports Tak.

“If I Were A Selector…”: Sunil Gavaskar’s Statement On T20 World Cup Selection

“Form is essential. They say that form is temporary and class is permanent, so if a classy player is in form, you should choose him. Given his current form, he should be consider and include as a pure batter, with wicket-keeping as an additional option “He continued.

Throughout his career, Karthik has been in and out of the Indian team across formats, and he has never been able to cement his place in the Indian cricket team. However, the player is in red-hot form at the tail end of his career, and Gavaskar believes that his age should not be taken into account when considering him for the T20 World Cup.

“Don’t consider his age. He keeps for 20 overs before batting in hot conditions. His form should be taken into account. The other two keeping options are KL Rahul, who is in excellent form, and Rishabh Pant, whose form is erratic but whose selection is unquestionable because he is a certainty.

“Nowhere does it say you can’t choose three keeping options. “You can take him (Karthik) as an all-rounder because a keeper can also be an all-rounder,” Gavaskar said.

Also Read: Ravindra Jadeja of CSK is likely to miss the IPL 2022 due to injury.