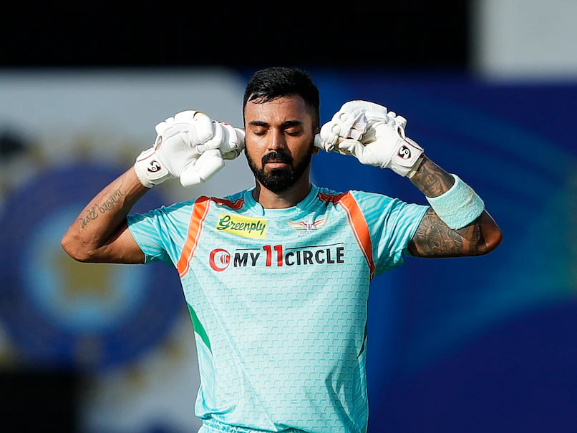 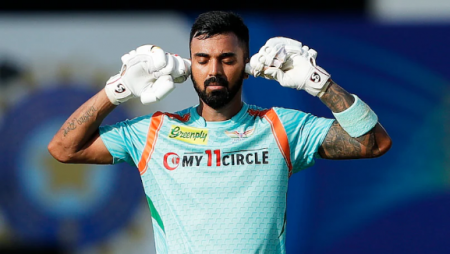 Sunil Gavaskar Reacts to KL Rahul’s Celebration Style. Former India captainGavaskar stated that he does not understand KL Rahul’s “turning off the outside noise” celebration.

KL Rahul scored an unbeaten century against MI at Brabourne Stadium on Saturday, helping Lucknow Super Giants to 199/4 in 20 overs. Avesh Khan then returned with three wickets, and Lucknow claimed their fourth victory of the ongoing IPL 2022 season. Rahul reached his century in the 19th over of the innings, and he celebrated by covering his ears with his fingers in his trademark “shutting the outside noise” style.

Former India captain Sunil Gavaskar, on the other hand, has stated that he does not understand why a century should be celebrated in this manner.

“This is something I’m not sure about. He’s turning down the volume, but when you’ve got a hundred, you want to hear the applause. He should do this when he has scored four, five, or six runs, but when you have a hundred, take it out and enjoy the applause “During the mid-innings break, Gavaskar told Star Sports.

With this knock, Rahul becomes only the second captain after Virat Kohli to score multiple centuries as a franchise captain. Rahul had previously scored a century while captaining the Punjab Kings in 2020.

LSG scored 199/4 in 20 overs while batting first. Suryakumar Yadav and Dewald Brevis showed flashes of brilliance while chasing 200, but it wasn’t enough as Mumbai Indians suffered their sixth loss in a row.

Also Read: Match 30 IPL 2022: RR vs KKR Prediction for the Match – Who will win the IPL match RR vs KKR today?