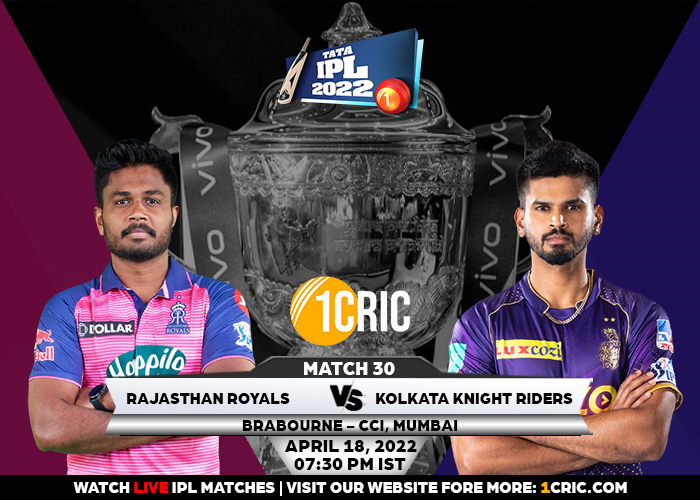 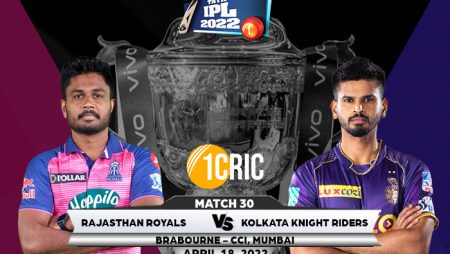 Match 30 IPL 2022: RR vs KKR Prediction for the Match – Who will win the IPL match RR vs KKR today? KKR enters the game having suffered two consecutive defeats.

The RR will face the KKR in IPL 2022 Match 30 at the Brabourne Stadium. Both teams had a strong start to the tournament but have revealed some flaws in their last few games. The Kolkata Knight Riders have suffered back-to-back defeats, and their opening woes have persisted despite the dismissal of Ajinkya Rahane. Aaron Finch may be given another chance to prove his worth, while Varun Chakaravarthy will be looking to recover from his off-day.

The absence of Trent Boult in the lineup, on the other hand, was felt by the Rajasthan Royals, with Kuldeep Sen going for plenty. Rassie van der Dussen was dismissed yet again, and Yashasvi Jaiswal may be given another chance at the top of the order. Shimron Hetmyer has been a revelation for them in the middle overs, and the team will be looking to get back on track in the upcoming game.

The previous game at Brabourne Stadium saw the Lucknow Super Giants comfortably defend 199 against the Mumbai Indians. However, it was a day fixture, and given the dew factor, the conditions for the night fixture could be wet. The captain who wins the toss will bowl first because it is difficult to predict what score will be competitive here.

Andre Russell has been outstanding for the Kolkata Knight Riders this season, with several game-changing innings. The right-hander is capable of ripping off bowling attacks. He added to his excellent form with a superb unbeaten 49 off 25 balls in the previous game. KKR will try to unleash Russell after the halfway point so he can go for the kill right away.

Despite not taking a wicket in the previous game. Umesh Yadav conceded 31 runs in four overs and proving to be a valuable addition with new ball. The sides have worked hard to play him out on the powerplay with the ball swinging, and KKR has had great success as a result. With the new ball, the speedster will be looking to pick up a lot more wickets, which will greatly benefit his team.

Also Read: Match 28 IPL 2022: PBKS vs SRH Prediction for the Match – Who will win the IPL Match PBKS vs SRH today?