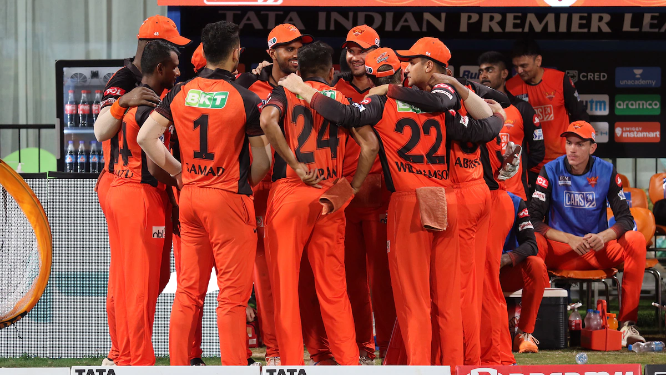 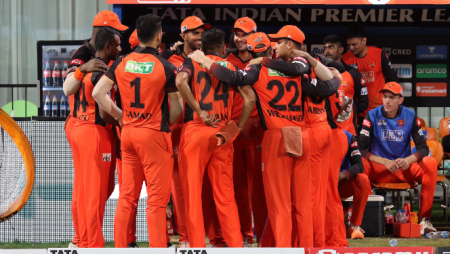 SunRisers Hyderabad (SRH) will face Mumbai Indians (MI) in Match 65 of the ongoing Indian Premier League on Tuesday at the Wankhede Stadium in Mumbai. SRH are still in playoff contention, sitting eighth in the IPL 2022 points table with 10 points from 12 games, including five wins and seven losses. The Kane Williamson-led side will also be looking to stage a comeback and make a late push for the playoffs after a five-match losing streak.

The following is how SRH could line up against MI:

In the previous game, the opener scored 43 runs off 28 balls for SRH. He will seek additional assistance from his opening partner.

This season, the SRH captain has struggled with the bat. He’ll be looking to play a good knock and help his team compete for the playoffs.

With 317 runs in 12 games this season, Rahul Tripathi is his team’s third-highest run-scorer. He’ll be looking for a big score in the remaining games.

This year, the batter has been outstanding for SRH, scoring 358 runs in 12 matches for the franchise.

The West Indian cricketer has been unreliable for SRH this season and will be hoping to regain his form. The wicketkeeper-batter has struggled in crucial situations, scoring only two runs off three balls in his team’s previous match against the Kolkata Knight Riders (KKR).

This season, Washington Sundar has not been his usual self. He was dismissed against KKR after scoring four runs off nine balls. He was also costly when bowling, conceding 40 runs in four overs and failing to take a single wicket.

In SRH’s remaining league games, Shashank Singh will look to contribute more with the bat.

Marco Jansen has not played to his full potential in IPL 2022, taking only seven wickets in eight games.

Bhuvneshwar Kumar, SRH’s pace spearhead, will be looking to add to his season wicket total. He has 11 wickets in 12 games.

The young pacer has been outstanding for SRH this season and will look to continue his success in the upcoming match.

T Natarajan has taken the most wickets for his team this season, with 18 in 10 games.