Shubman Gill Is Asked To Name His “Best Opening Partner” For IPL 2022. 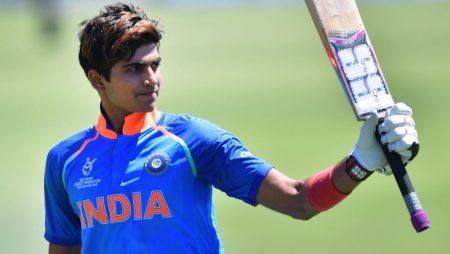 Shubman Gill Is Asked To Name His “Best Opening Partner” For IPL 2022. Gujarat Titans batter Shubman Gill spoke about his opening partners in the Indian Premier League and his recent conversation with Rohit Sharma ahead of IPL 2022.

Shubman, Batter Gill has been on the sidelines for a while when it comes to Team India. He will now look to impress when he steps out on the field to represent Gujarat Titans in IPL 2022. The T20 World Cup will be held in Australia this year, and Gill look to make an impression in order to be consider for a spot in India’s squad. Gill discussed his various opening partners in the Indian Premier League and his recent conversation with Rohit Sharma ahead of IPL 2022.

When ask who his favorite opening partner in the IPL was, the right-handed batter reply: “Chris Lynn was my first opening partner in IPL when I first started, and we had some good partnerships. I had a great time batting with him. Sunil Narine began some matches with me. There is no specific name, but the right-left combination is the most effective.”

“One shot that I have always like is the pull shot. I recently spoke with Rohit Sharma about a tactical issue. Asked him what goes through his mind when he hits the ball and how he reads the bowlers’ minds. I had something specific in mind to discuss with Rohit Sharma. It wasn’t about starting the batting order “remarked Shubman during a media interview.

When ask about missing a few India matches due to injury, Shubman state: “It’s always disappointing to miss a tour, but the injury is something you can’t control. I am young, and I will have opportunities in the future. But missing series against England and South Africa is a big deal because you always want to perform well as a youngster in overseas Tests.”

The IPL 2022 season will begin on March 26 with a match between the CSK and the KKR at the Wankhede Stadium. The Gujarat Titans will open their season against the Lucknow Super Giants on March 28.